Salita Promotions wishes to congratulate undefeated two-division world champion Claressa Shields for being named the 2019 Individual Sportswoman of the Year by the Women’s Sports Foundation at their 40th Annual Salute to Women in Sports event hosted Wednesday evening.

Considered the biggest night in women’s sports and held at Cipriani Wall Street in New York City, the Salute to Women in Sports Awards honors the power of game-changing athletes and inspirational leaders in sports and life, who all collectively serve as role models to young girls and future generations.

The 24-year-old Shields is a two-time Olympic Gold Medalist and the current undisputed middleweight champion of the world, as well as a tireless advocate and ambassador for her hometown of Flint, Michigan.

“Claressa’s story is a testament to hard work and dedication overcoming any obstacle. She is a superstar athlete and role model for women and girls worldwide. 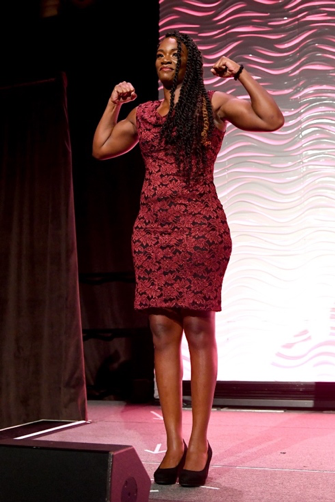 “I am proud that she has allowed me to be part of her history-making career. This award is not only special for Claressa, but for the sport of boxing as a whole.”

The Women’s Sports Foundation was founded by women’s tennis great Billie Jean King and exists to unlock the possibilities in every girl and woman through the power of sport, champion the causes of women’s sports and advocate and recognize programs and people that are working to provide women and girls equal access to all sports.