Mauricio Sulaiman is considering whether to order another purse bid for the Deontay Wilder v Tyson Fury rematch.

The World Boxing Council President admits he was unaware of a deal Fury was preparing to sign with ESPN this week.

Negotiations have been made ever more delicate by Fury finding his own United States network. This follows the initial match-up being broadcast on Showtime.

Should Wilder v Fury II eventually make it over the line, Showtime are unlikely to have a second bite of the Pay-Per-View cherry.

Sulaiman is unfazed by the TV network complications and just wants the fight made.

“These important fights which the public are demanding must take place. The priority for the WBC is boxing and the fans, over television rivalry.’ Sulaiman said, according to The Daily Mail this week.

“Anyone who prevents these matches being made will have to live with the consequences of depriving the sport and the people.

“We are entering a different era in boxing. With the major investment through ESPN and DAZN bringing a change in broadcasting platforms.

“Hopefully the internet will put an end to the way in which so many big fights have failed to happen in the past, to the detriment of boxing. 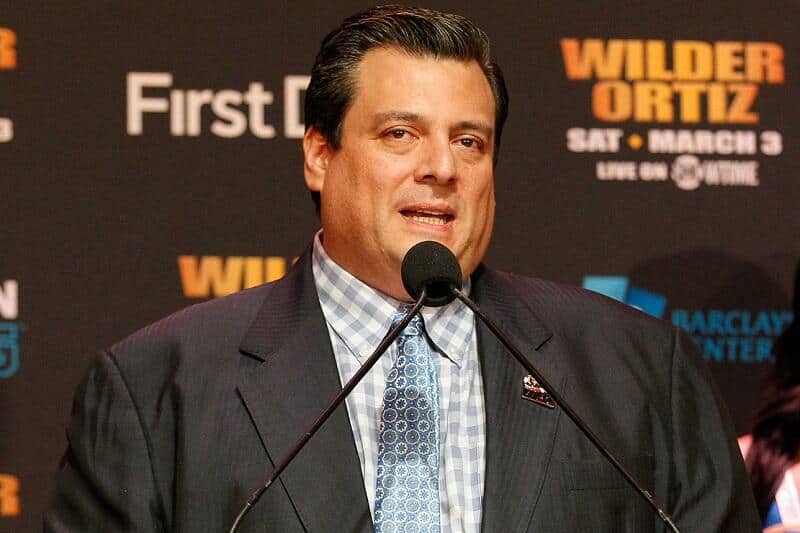 “There was huge public interest following the first fight for our heavyweight belt between Wilder and Fury. We mandated the rematch and extended the time for the parties to negotiate before going to purse bids.

“After being told on Friday evening about Tyson Fury’s contract with ESPN I have spoken with both parties about the rematch.

“The WBC will follow the proper protocol to examine what steps we can take to help the fight go ahead.”

In a second interview with the Press Association, Sulaiman elaborated further.

“They owe it to the fans to make it happen,” Sulaiman told PA Sport.

“I will speak with them. Last week I was communicating with both parties. They both said that they were very close to making a deal for the fight to happen without the need for purse bids. That’s how we left it on Friday.

“Then on Monday we had that news . So I’m now communicating with both to see where they stand regarding those negotiations.

“We will take every single step, hoping to make the fight a reality. I’m hopeful.”

On whether the purse bid is necessary, he added: “I’ll assess their positions, understand the situation. From there we’ll determine the steps to take.

“A purse bid’s possible. It’s their willingness to participate in the bout. Then we’ll make a ruling. They might ask for additional time.

“Whenever a fight’s been ordered by an organization it’s most likely to happen.”

As a result of a recent ruling, pressure has been taken off the WBC by the ordering of an interim title clash between Dominic Breazeale and Dillian Whyte.

The pair are keen to meet in the ring and not wait around for a conclusion on the Wilder v Fury saga.