Manny Pacquiao all set to move on from Floyd Mayweather return

Floyd Mayweather’s recent admission of having lined up a clutch of exhibitions is the clearest indication yet that Manny Pacquiao will not get his rematch.

Pacquiao had stated he would fight Adrien Broner on the basis Mayweather would be next. That fight – and victory – has come and gone. It leaves Pacquiao in a position where he must move on.

At 40 years of age and holding a version of the welterweight crown, time is of the essence for the ‘Pacman.’

Mayweather may well have seen something in Pacquiao’s form when dominating Broner, which ultimately wasn’t worth the risk.

‘Money hasn’t trained properly for a fight since late 2015, a three-and-a-half-year gap. This lack of gym activity would make it nigh impossible for Mayweather to get in shape for the spring.

As a result, the five-weight world champion is subsequently heading back to Toyko this coming July.

Could Mayweather v Pacquiao 2 happen later in the year? – Of course, it could. But for now, the Filipino Senator has to look further afield.

So who would be a target for Pacquiao? 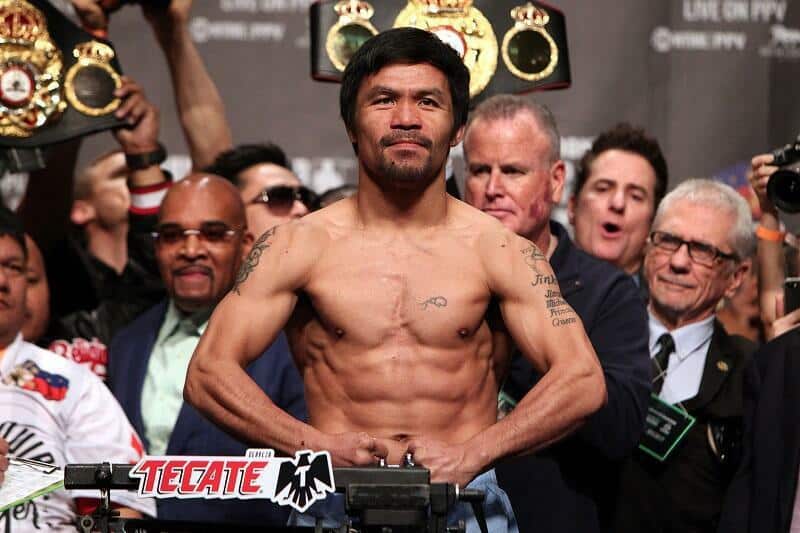 It really must be big-name fighters only. Looking down the WBA rankings is not really an option.

The likes of number one ranked Alexander Besputin, Jamal James, or six-rated Conor Benn are currently worlds away from where Pacquiao should be hunting his next prey.

Keith Thurman for the definitive WBA strap is a great starter option. The winner of Errol Spence Jr. v Mikey Garcia would probably be the number one choice for fans.

Terence Crawford and Amir Khan battle it out in April and could garner Pacquiao’s interest. Finally, Shawn Porter for the green and gold WBC is also attractive.

Moving to 154 hasn’t been considered since 2010. Likewise, moving down to 140 would be incomprehensible for Pacquiao without Vasyl Lomachenko in the opposite corner.

A Mayweather swansong would have been the ideal way for both fighters to finally close the curtain on their respective Hall of Fame careers.

For now, it seems Pacquiao will be forced to move on and take on a much more dangerous task against a younger champion.

A unification on some level should be the only consideration beyond hanging up the gloves.

Expect Pacquiao’s next move to become clearer once the dust settles on Garcia v Spence next month.