Despite an official announcement this weekend, World Boxing News has learned no agreement is in place between heavyweights Tony Yoka and Johann Duhaupas.

A TV deal was confirmed by a top French broadcaster to televise a fight between the compatriots this summer.

Duhaupas and his manager Mehdi Ameur have now moved to deny a contract is signed.

“Canal + and Tony announced that Johann will fight against Tony Yoka for his return in July,” Ameur exclusively explained to World Boxing News. “All I can say is I am communicating with the Yoka team, but no contract is in place. There is no validation of a fight made to make this announcement.

“I am surprised by the lack of professionalism on the part of Canal + and Tony Yoka. Particularly when no agreement is signed and there are several rumors of imaginary terms.

“Johann Duhaupas is the number one French heavyweight and deserves better than this. No announcement should be made until everything is agreed.

“He has fought against the greatest in the division. Johann has shared the ring with Deontay Wilder, Jarrell Miller, Robert Helenius and Alexander Povetkin. He has nothing to prove to Tony Yoka or anybody else.

“In any case, if this fight takes place one day, Johann will win a fight or fights before he trades blows with Tony Yoka. Even though Yoka is just a normal fighter who hasn’t fought against anybody yet. 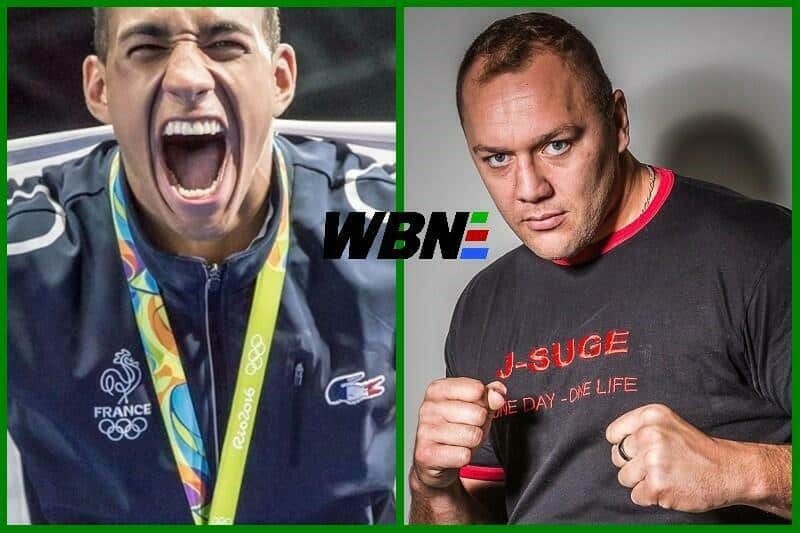 “I know the TV are investing in him because he was Olympic champion but they have jumped too fast on this one,” he added.

Duhaupas himself said: “I am not happy about this announcement for a fight with Tony Yoka. Everything must be agreed before we fight. This time, there was no signed contract.

“We will fight when I am ready and not before when Tony Yoka is ready.”

‘The Reptile’ last campaigned in April of last year when losing a decision to ‘Big Baby’ Miller in Brooklyn. Since then, Duhaupas has been linked to facing numerous opponents.

More recently, Duhaupas was in discussions to fight Joe Joyce. But as Ameur previously stated, the 38 year-old wants to get back in the win column first.

Should Duhaupas get a victory in the spring, the Yoka or even the Joyce encounters could be revived later in the year.