During a teleconference, the current WBC heavyweight champion shared some thoughts regarding this important clash.

“The heavyweight division is on fire right now. I am so happy for being an important part of that,” said Wilder.

“In my honest opinion, whoever wins this [Wilder-Fury] can call themselves the best heavyweight champion of the world,” said Wilder, 33.

After being asked about Anthony Joshua, he added: “Anthony Joshua had his opportunity and his chance to prove and see if he was the goods, or was he spoiled milk? 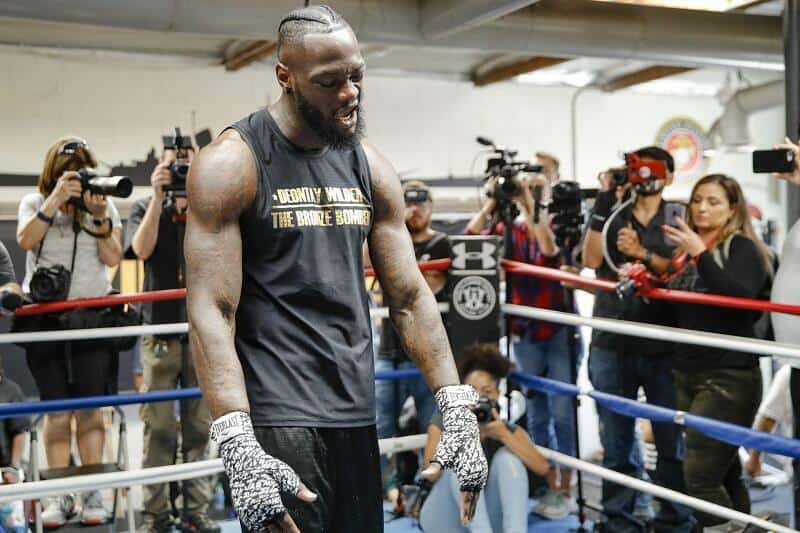 “They didn’t want to accept the challenge because they already know what I possess. I don’t think they know my mindset and what I’ m able to do. They know that he’s not on my level.

“I don’t think that [Joshua] has the heart and the mentality to show that he’s the best, and even if he does, then his people don’t.

“But that’s enough of him. It ain’t about him. It’s about Tyson Fury. We are the best. And after this fight, you’ll see who is the best. One champion, one face, one name.”

“He had his opportunities, and as far as I’m concerned, this [fight] right here will tell the world who is the best of the best because I don’t feel that Joshua can beat me, nor can he beat Fury nor the second-best heavyweight in the world, [Luis] Ortiz.

“After this fight, everyone will realize I am special. I am a gift from God. I’m going to be his worst nightmare.”

Wilder vs. Fury tests the raw power of Wilder against the unmatched size and mobility of Fury.

America’s only heavyweight champion since 2007, Wilder has 39 knockouts in 40 professional fights. This includes knockouts in all seven of his title defenses.

Tickets for the event, which is promoted by BombZquad Enterprises and Queensberry Promotions, in association with DiBella Entertainment and TGB Promotions, are on sale now.