“B.J. Saunders has voluntarily vacated the WBO Middleweight Title. He has publicly apologized for his violation of the Massachusetts Athletic Commission’s anti-doping regulations”.

“Therefore, the clash between Demetrius Andrade and Walter Kautondonkwa scheduled for October 20th will now be for the vacant World Crown”.

“Also, I will recommend to the WBO Executive Committee that Saunders receives a six-month suspension for his transgression.”

The news on Saunders comes after Massachusetts officials decided not to license the fighter following a positive drug test for oxilofrine.

Saunders had been hoping he would be able to box as the substance is allowed by WADA and UKAD until the day of the fight.

At the time, Valcarcel said: “It is unfortunate that a boxer as talented as Saunders is facing this controversy. He will not be able to defend the title.

“The WBO will examine the situation with due diligence. We will proceed according to its ‘Rules & Regulations’ decide which is the proper course of action.” 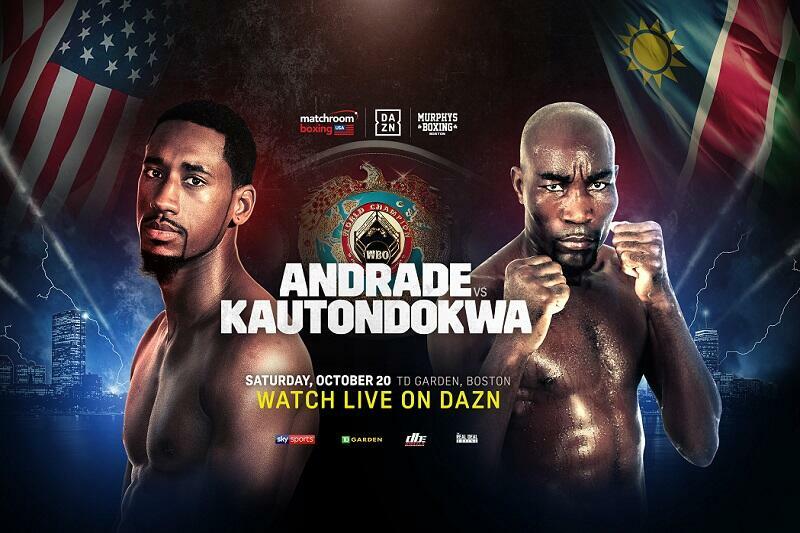 This ‘course of action’ now sees Andrade and Kautondonkwa’s benefit as Saunders considers where he goes from here.

Andrade v Kautondonkwa takes place on October 20 at the TD Garden in Boston, live on DAZN.

Promoter Frank Warren had planned an appeal, although Saunders has now taken control of his own destiny.

Should the ban be upheld, Saunders faces the possibility of fighting just twice in a two and a half year period.

A move up to 168 could now be a realistic proposition for Saunders, with fights against Chris Eubank Jr. and James DeGale on the table.