Eubank Jr. in the mix at 160-168 following Quinlan stoppage

Eubank had far superior skill to the now former title holder, although had to work his way through Quinlan’s solid resistance in order to get the job done at Kensington’s famous Olympia venue.

Breaking his opponent down with some sickening combinations, ‘The Next Generation’ put on a show for the baying crowd until referee Howard Foster eventually stepped in to save Quinlan from further punishment in the tenth.

It wasn’t a completely one-sided affair though as Eubank had to show a chin of his own at times but could have avoided a percentage of the blows had the Brighton man not been so confident of victory. 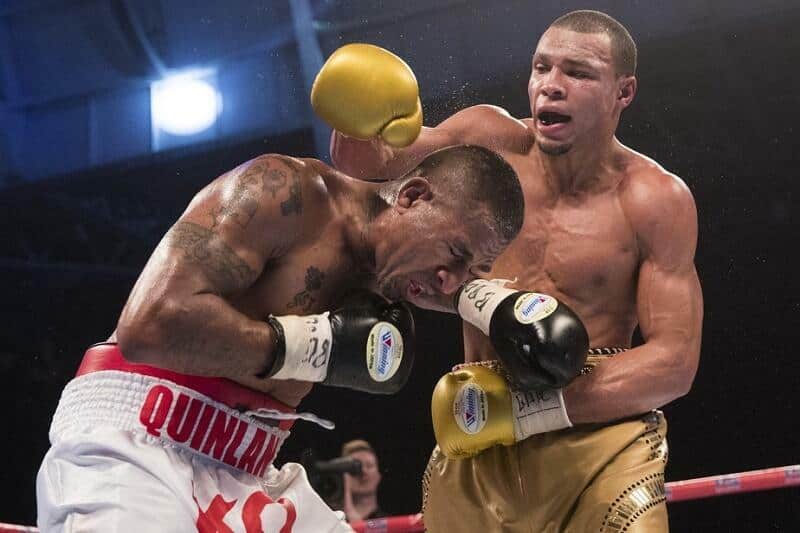 Picking up the IBO belt gives Eubank a bargaining chip in potential match-ups against the likes of James DeGale and Callum Smith at 168 pounds and Gennady Golovkin and Billy Joe Saunders at the lower middleweight limit.

A defense against the winner of the undercard clash that saw John Ryder come out on top against Adam Etches could be first for Eubank though, before a chance against any of the names mentioned above.

Ryder’s appearance on the bill would suggest he could get first refusal at headliner Eubank after ‘The Gorilla’ earned himself a boost in the rankings with a decisive points win over ‘The Bomber’.

A mention has to go to Quinlan though as the Australian was tough as nails and would certainly be welcomed back to the UK for match-ups against some of the fringe world contenders at 168.