According to the three-belt unified welterweight champion himself, Errol Spence Jr. could fight Terence Crawford next.

The WBC, WBA, and IBF ruler, who defeated Yordenis Ugas last time out, says an agreement with WBO titleholder Crawford is likely.

Spence outlined his beliefs on the potential undisputed 147 battle to Jim Gray of Showtime.

Spence added on what the fight represents: “It’s a huge fight for both of us. I don’t see any stumbling blocks. I want it. He wants it.

“I got three belts. He got one belt. That’s the only belt I need to become the undisputed welterweight champion of the world.

“That’s been something I’ve been very adamant about doing, so we’re gonna get it done.”

‘The Big Fish’ needs Al Haymon to come up with the goods as Crawford is now a free agent. However, there are continued rumblings that Crawford expects a split deal despite Spence having more straps. 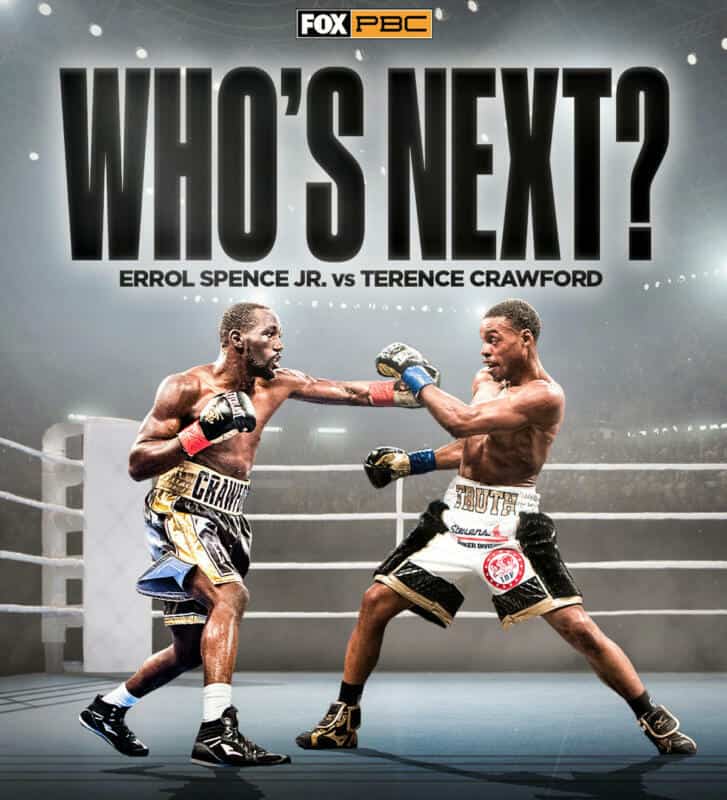 Spence revealed that he’s spoken to Haymon about the fight and now fans can look possibly forward to a huge Pay Per View event in 2022.

“[Crawford has] been vocal about it. I called him out after my fight for later this year. It’s undisputed.

“It’s the biggest fight in boxing. A lot of fans want to see it,” he concluded.

Spence is already highly rated in the Pound for Pound Rankings. It’s no secret that Crawford needs a big-name dance partner, though.

Shawn Porter provided his belt opponent in seven years last time out. Spence is a much sterner proposition and could propel either one about Oleksandr Usyk, dependent on the result.