The 39 year-old, who has defeated every opponent he’s faced in the ring, boasts an almost 80 percent knockout ratio through 29 contests as has held the coveted green and gold belt since way back in June 2013.

Stevenson’s obliteration of Chad Dawson in Montreal placed ‘Superman’ firmly on the map and even the surge of Vasyl Lomachenko couldn’t dislodge the Haitian-Canadian from the summit this weekend.

A rating of 54.6% puts Stevenson way ahead of Lomachenko through their last eight and seven contests respectively and above Erislandy Lara, Keith Thurman and Lamont Peterson in the top five. 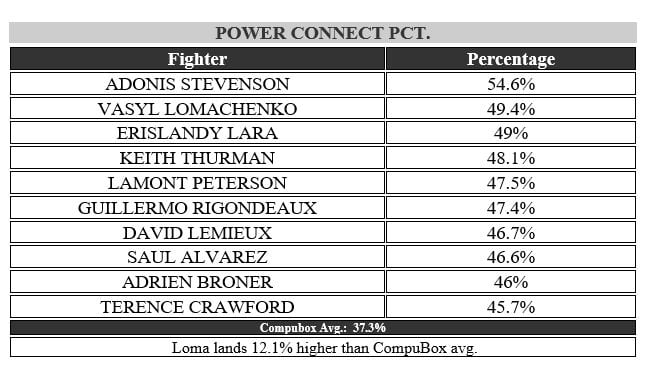 Further down the list are former and current world title holders in Guillermo Rigondeaux, David Lemieux, Canelo Alvarez, Adrien Broner and Terence Crawford, although no heavyweights feature on the list whatsoever.

The average rating is 37.3 which Stevenson blows out of the water, having bludgeoned thirteen of his last fifteen foes to cement a place as one of the best three 175 pounders on the planet.

Andre Ward is currently recognized as the pound for pound number one, whilst second-best Sergey Kovalev was long linked to facing Stevenson before becoming embroiled in his current saga with the two-weight ruler.