Former heavyweight champion Anthony Joshua ‘had a meltdown’ recently after attending Oxford University for a question and answer session.

The incident happened at a second university at Loughborough when a group of students heckled AJ about facing Tyson Fury.

Joshua has twice failed to land the biggest fights of his career despite engaging in lengthy talks with Fury and Deontay Wilder.

So when the student shouted at the Londoner from a window, Joshua took exception and knocked on their door.

He warned: “Remember you’re running your mouth. Because when I bring people up here and I start cracking your glass jaws, none of you will like it.

“When your jaws start breaking, and people start chasing you out of this uni, none of you will like it.

“Watch your mouths because you don’t know who you’re talking to sometimes. All this public eye BS, I ain’t into that,” added the two-time titleholder. 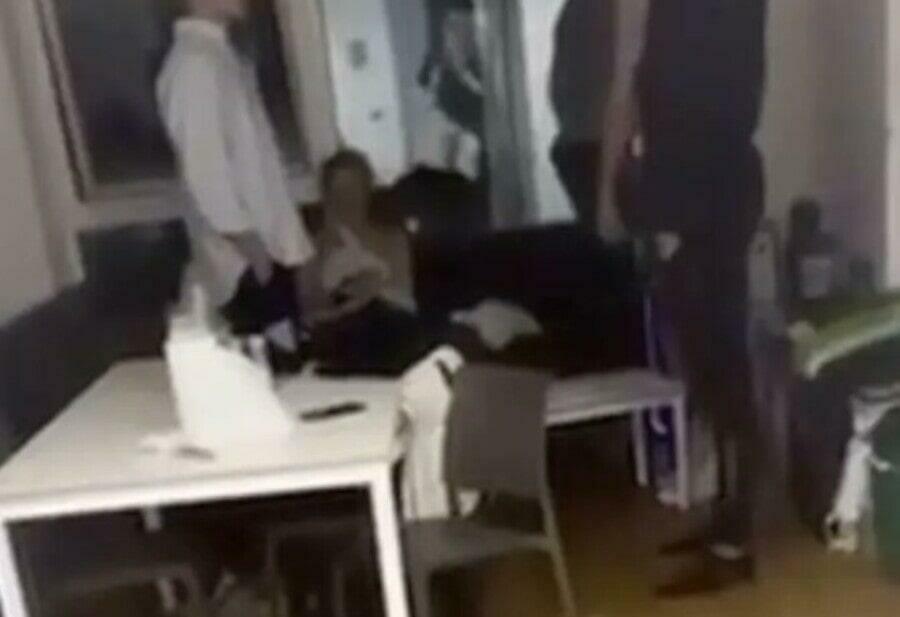 Samuels said: “Anthony Joshua seriously stomped up to a student accommodation flat to confront students who heckled him about apparently being too scared to fight Tyson Fury.

“Is it just me, or is Joshua completely losing it?!

“Like, come on. You’re a boxer. You’ve got millions. Why are you bothered about what a few puny students have to say?

“It’s so weird and screams insecurity.”

Anthony Joshua seriously stomped up to a student accommodation flat to confront students who heckled him about apparently being too scared to fight Tyson Fury.

Is it just me, or is Joshua completely losing it?!

The verified Tweeter added: “If people cannot see why a grown man who is a world renowned athlete seriously taking time out of his day to words up a group of stupid students in their uni accommodation is odd, then I really don’t know for you.

“He’s so rich and famous. He should be above stupidness like that. The only reason why he went up there is that the words they said hit a nerve.

“I have this effect of the best of them,” stated “The Gypsy King.” 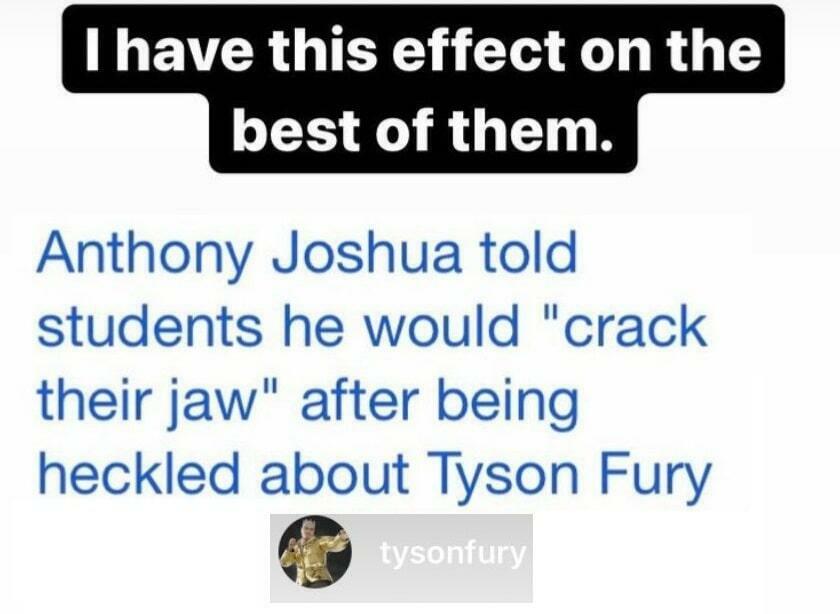 Others offered their opinions as two pointed out that Joshua may have removed his shoes before giving them a dressing down.

“Nah, Anthony Joshua took his shoes off and told them to behave in their own flat or else he’d break their jaws,” said one fan.

Whatever the reason, Joshua’s actions don’t ring true with the “Stay Humble” mantra the fighters and his promoter Eddie Hearn have shoved down people’s throats since day one.

Maybe it’s time to shake that tag off after another incident of note.