Advertisements
Home » Jarrell Miller: We made sure Anthony Joshua gets tested, is clean for June

Jarrell Miller: We made sure Anthony Joshua gets tested, is clean for June

Jarrell Miller knowingly fueled the fires as the build-up to his fight with Anthony Joshua continues to get pretty nasty.

The outspoken American is doing all he can to rile up the champion before their June 1 clash in New York.

Stone-cold responses from Joshua on how he plans to ‘re-arrange Miller’s face’ have stemmed from accusations of steroid abuse.

Miller could be walking a thin line with statements he has made thus far.

“Nobody could have put on 20lb between winning the Olympics and his first pro fight the way Joshua did without taking something. Impossible,” said Miller before outlining his push for appropriate measures during camp.

“We’ve busted our balls to get full testing for ten weeks to make sure he’s clean before June 1. We’ve covered the bases,” he said. “If he’s been taking performance-enhancing drugs I couldn’t care less now. I’ve studied him. His physique, his power, his stamina.

“Since he won his titles his body’s slimmed down and he’s only really knocked out opponents who backed away. There’s not the same strength and stamina.” 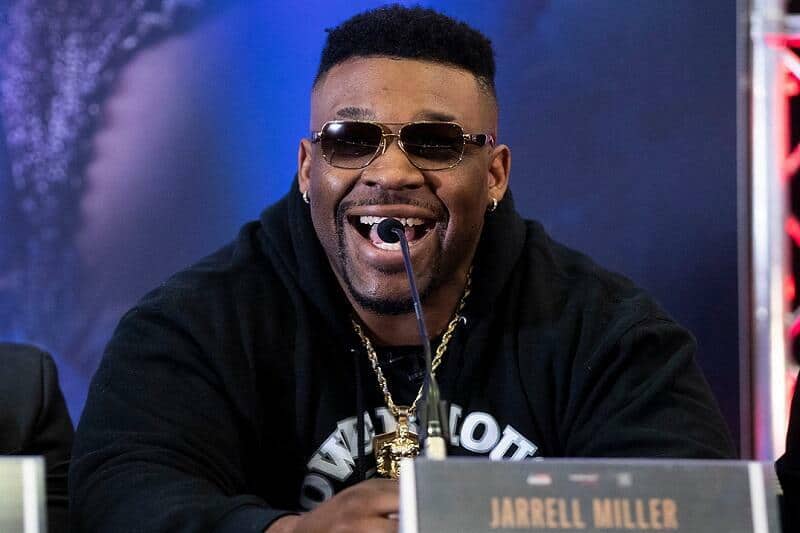 ‘Big Baby’ believes the fact Wladimir Klitschko was so adamant Joshua was tested for their epic battle proves his theory.

“Klitschko pushed for testing. In what subjects did Wladimir and Vitali get their PHD’s? Sports medicine.

“Why did people who know everything about physics of the body want Joshua to test every other week? They pushed on that but settled a bit to make the fight,” he added.

Talk and accusations from Miller are only going to make things worse for him, according to Joshua.

The four-belt champion wants his US respect. ‘AJ’ plans to take it out of Miller’s face when the pair collide at Madison Square Garden.

A huge underdog, Miller has a daunting task. But can reap the ultimate reward this summer and put the top division back in the hands of America with a shock victory.