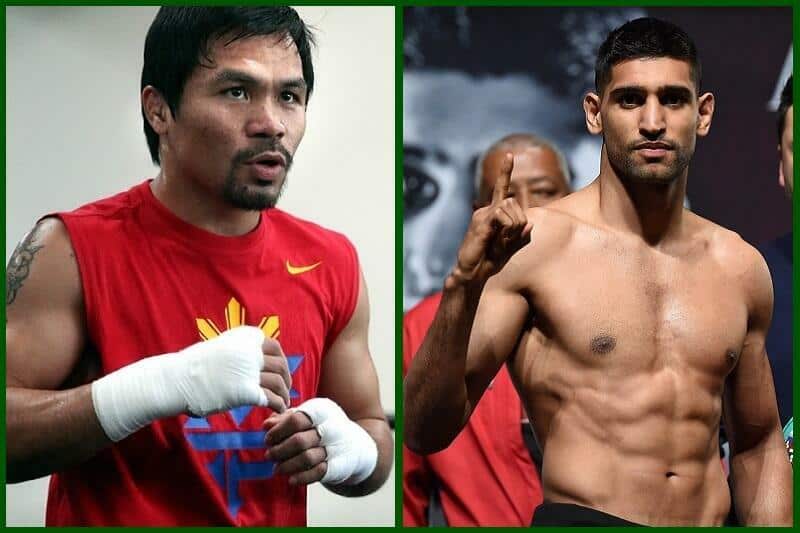 Top Rank boss Bob Arum has confirmed Manny Pacquiao is determined to follow up on an offer to fight in the United Arab Emirates in the spring.

Despite communications with Top Rank and Duco Events over a fight in Australia with Jeff Horn, Pacquiao has seemingly never entertained the idea and is now exploring whether the Arabian deal is genuine.

UK reports of a clash with Amir Khan emerged out of the blue on Monday, although Arum was quick to dismiss any suggestion Pacquiao would face his old training partner on British soil following a fans vote backing the Bolton man.

Arum said the Khan reports were, “total and complete bulls***” when speaking to The Courier Mail, before adding: “The Amir Khan story has come out of nowhere.

“What’s happening is that Manny is talking to these people in Dubai who have offered him an insane amount of money. Whether (the offer) is real or not real — he is determined to explore it to see if it has any validity. That’s all I can say.”

Meanwhile, Pacquiao advisor Michael Koncz has all but ruled out any trip to Australia by stating, “I was aware that Bob was talking in Australia about hosting the fight there but it is fine with us,’’ to Gulf News.

“When Bob said it will happen there I asked him what you are talking about? A promoter works for the boxer but the boxer doesn’t work for the promoter.

“We have had a successful bond with him but Manny is the boss.”

Koncz then apologized to the; “Australian government and the fans there for a last-minute change in plans.”

A projected April date a fast running out of time to remain on the table as Pacquiao works his way through several options open, which include venues all over the world for the first leg of his tour.