Former undisputed champions Mike Tyson and Evander Holyfield are set for the third installment of their infamous ‘Bite Fight’ back in the 1990s.

‘The Baddest Man on the Planet’ was suspended from boxing after their rematch for taking a chomp out of Holyfield’s ear in June 1997.

Their first meeting had ended with a late stoppage for ‘The Real Deal’ seven months earlier.

Now, fast forward 24 years, and the pair want to do it all over again exhibition-style.

Holyfield has gone public with his desire to face Tyson. WBN understands an offer for the pair to meet on a future ‘Triller Fight Club’ is already on the table.

“It was a pleasure bringing Tony Robbins into my world. We talked about training, family, faith, inspiration, and my plan for the future. Also, a potential Holyfield vs. Tyson III,” he pointed out.

More recently, the ex-cruiserweight king added: “Getting back in my rhythm just waiting on my dance partner now Mike Tyson to show up. Where you at?”

Dates in the summer are being analyzed for the trilogy bout after Tyson ended plans to fight in the Middle East before Holyfield.

Undisputed lightweight champion Teofimo Lopez is being linked to the co-feature spot after Triller paid over $6 million for his services. 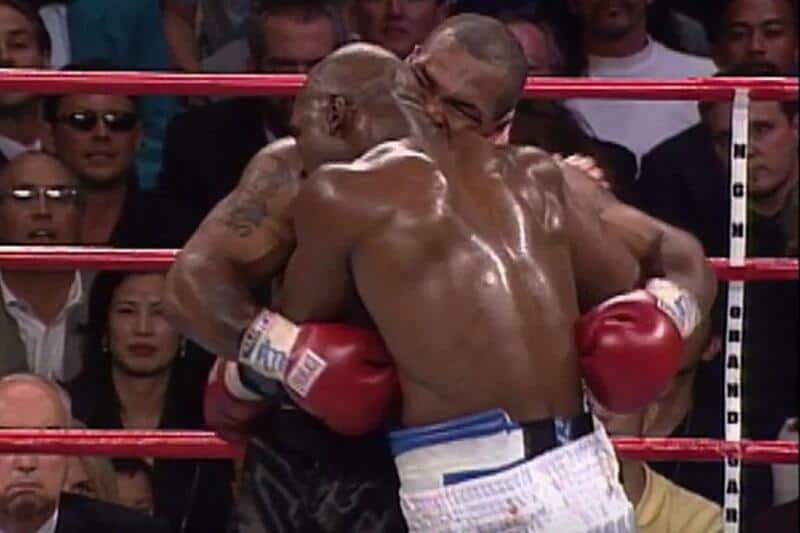 Meanwhile, Triller Fight Club announced that Mercedes-Benz Stadium in Atlanta, Georgia, will be the home for their next Pay Per View event on April 17.

Triller said: “This will be the first-ever fighting event at one of the most dynamic venues in the world, which was the home of Super Bowl LIII.”

The four-hour show will kick off at 8 pm ET with the live PPV main card starting at 9 pm ET.

“April 17th will have an element of surprise. Action for everyone, from music fans to the casual and diehard fight fan.”

Rapper Snoop Dogg will again be on microphone duties after his impressive debut on Mike Tyson vs. Roy Jones Jr.

In addition to being a co-owner, Snoop also provides strategic counsel to Triller Fight Club. He helps to select fighters and musical acts for the show-stopping events.

Snoop is an entertainment expert who has successfully maneuvered through a range of projects in various fields.

The multi-platinum selling artist secured his spot as a fan favorite during Triller’s first sporting event, Tyson vs. Jones.