Firstly, results from the undercard can be found below.

Edgar Berlanga once again blitzed his opponent as the super-middleweight phenom continued his fearsome run of knockouts.

Berlanga made it fifteen straight first-round stoppages as he took apart Lanell Bellows.

Never halted early in his career, Bellows was shaken almost immediately before Berlanga pounced to get the job done in under 80 seconds.

Former undisputed heavyweight champion Mike Tyson was obviously impressed but says Berlanga needs to prove it later on in fights too.

“(Edgar) Berlanga looked sensational tonight but he will be at his best when he can knock a guy out like that in the 10th round as he did in the first round,” said Tyson.

‘The Baddest Man on the Planet’ is in preparation for his own battle with Roy Jones Jr. on November 28. 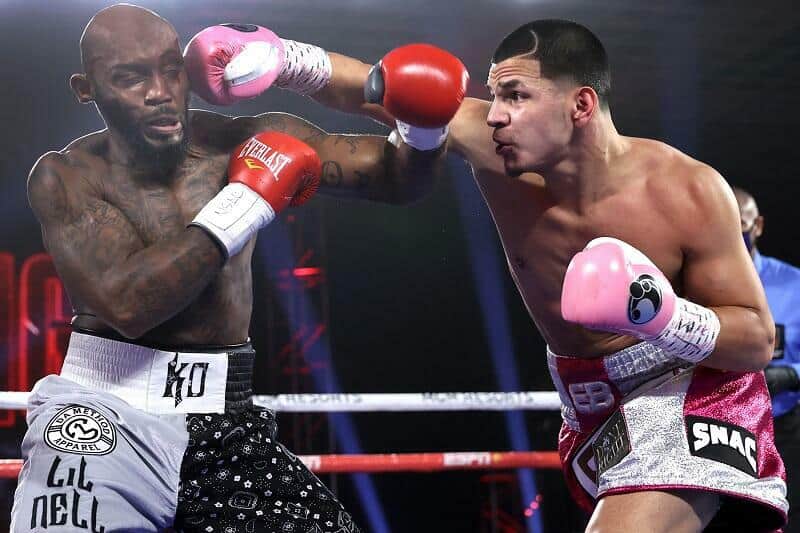 In the chief support bout, Arnold Barbosa Jr. saw off the challenge of Alex Saucedo with a unanimous verdict.

Almost one thousand punches were landed between the pair as Barbosa took the triumph on the cards.

Barbosa had to pick himself off the canvas to get the right result in the end.

Jose Enrique Durantes Vivas proved his credentials at featherweight with a damaging stoppage over the usually durable John Vincent Moralde.

Vivas began quick and took away Moralde’s equilibrium with a stunning shot. Still dazed, Moralde was allowed to continue but dropped again.

This time it was a sickening body shot, and the referee waved it off as Moralde was falling to the ground. The official time was 76 seconds.

In the opener, welterweight Jahi Tucker moved to 2-0 with a unanimous victory over Charles Garner.