World Boxing News continues to compare the legacies of Floyd Mayweather and Manny Pacquiao by looking at their common opponents.

One of them is Miguel Cotto. The Puerto Rican star fought the best of his generation and retired as a four-weight world champion.

During his successful career, Mayweather and Pacquiao hit him with contrasting losses.

The Hall of Fame legend is one of five foes who shared the ring with both. In 2013, ‘Junito’ explained to WBN that he had options to rematch the pair.

As rumors swirled of Pacquiao vs. Cotto II, the now-retired superstar wondered if those reports were accurate.

“It wasn’t that close as everybody thinks. There was a proposal, and we disagreed,” Cotto exclusively told World Boxing News at the time.

“I have always been open to the big names and challenges in my career. If we can agree on terms, I am open to fighting Manny in 2013.”

Regarding Mayweather, Cotto added: “If we can agree on terms, why not?

“They only have to sit down and make the fight happen if they want to,” he outlined.

Now, looking at how Cotto fared against Pacquiao and Mayweather, could anyone decipher who the best fighter of the last two decades was?

Pacquiao won Fighter of the Decade in 2010. Mayweather in 2020. Their meeting in 2015 never really settled anything in the eyes of the majority of fans. 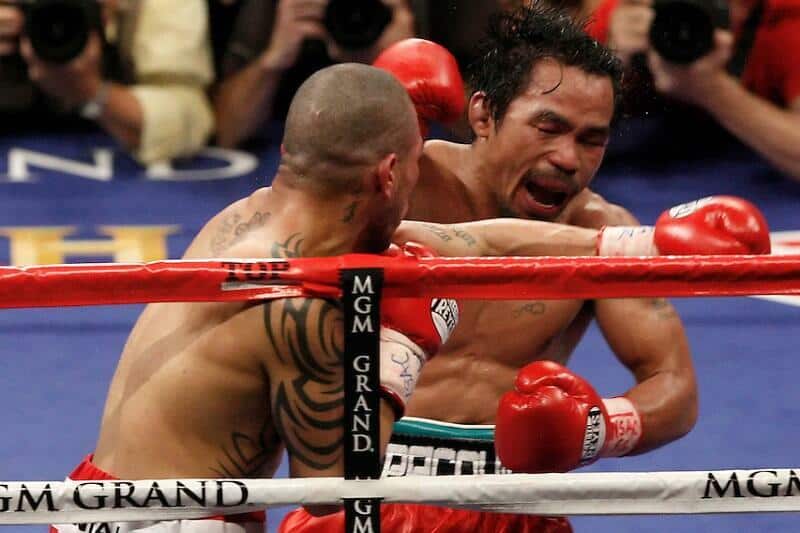 Versus Cotto, it was clear who had the upper hand. That was Pacquiao. He dominated Cotto as nobody had before. Beating him to a pulp until a twelfth-round save by Kenny Bayless.

That doesn’t tell the whole story. Mayweather also won widely. But there were signs of Cotto enjoying good spells in the fight.

Therefore, taking only the Cotto fight into account won’t shed any further light. However, it’s not the only one to swing in favor of the ‘Pacman.’

The former Pound for Pound king later said that Pacquiao was his toughest test throughout his career.

Shane Mosley was dominated by Pacquiao too. In his fight with Mayweather, he wobbled him badly.

The replay of that punch landing on Mayweather gets repeated and repeated on social media.

And we all know what happened to Ricky Hatton. Pacquiao leveled the Briton in two. Mayweather took ten rounds to get the job done.

You could say that’s 4-0 to Pacquiao.

The only sticking point was Juan Manuel Marquez.

Despite three close bouts and two victories over JMM, Pacquiao was roundly dumped face-first in the last meeting. Therefore, you have to give that one to Floyd Mayweather.

But the other four arguably were all beaten more convincingly by the Filipino Congressman. Does that give Pacquiao fans those bragging rights?