Floyd Mayweather delayed a 2015 record-breaker with Manny Pacquiao until the exact moment the fight would go stratospheric.

Being boxing’s money man from earning over $300 million in a single night – twice, Mayweather is a savvy businessman.

Also, by breaking Pay Per View ground throughout his career, Mayweather has amassed a fortune.

Focusing on Mayweather’s millions, the issue is how he broke away from Top Rank to generate over $1 billion for Showtime.

Back in 2010, the signs Mayweather wanted to get away were clear. Taking a hiatus and threatening to retire from the sport, Floyd still had two bouts left on his HBO contract.

Choosing Victor Ortiz and Miguel Cotto as his last two opponents for HBO, Mayweather plotted something huge. Ten fights on HBO were enough for Mayweather, and he firmly wanted a piece of the Showtime pie.

Offering him a staggering deal on his terms, with the freedom to do as he wished and control his destiny, Mayweather left Bob Arum behind.

Going his own way, Showtime’s offer to allow Mayweather to be his boss was too hard for the five-weight world champion to pass up.

It also allowed Mayweather to leave his ‘Pretty Boy’ moniker behind. A fresh start and the biggest deal in sports meant Mayweather had to become simply ‘Money.’

Floyd ‘Money’ Mayweather was born. A fighter with a check guarantee every time he stepped into the ropes, no matter who was in the opposite corner.

The one thing the move caused was friction between Pacquiao, Arum, and Mayweather. A disdain which, manifesting itself for the next four years, drove all apart. 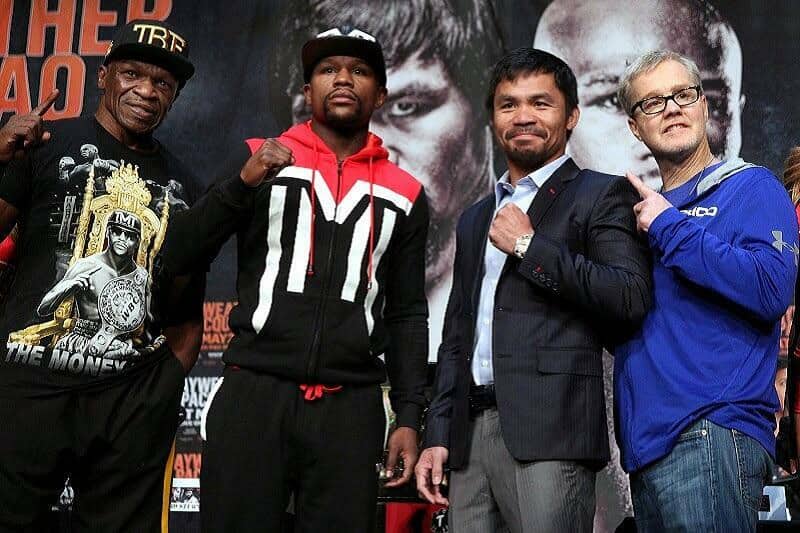 Leaving HBO was Arum’s way to dog Mayweather for potentially walking away from the Pacquiao fight. HBO wanted them to meet, but they wanted sole rights to the event.

That meant Mayweather vs. Pacquiao had much red tape in the way and left the former to his own devices. Floyd could concentrate on himself until he was ready for Pacquiao.

In a way, the delay was a masterstroke in terms of finances. When it did happen, it blew all records out of the water.

Floyd knew the build-up was significant, though. Pacquiao was always part of the plan, but only once the ball was firmly rolling with Showtime.

Therefore, Mayweather would never jeopardize the Pacquiao fight by taking on tomato cans and taking the easy route. Not a chance, Mayweather began by warming up by facing Robert Guerrero before taking on a who’s who of the top names.

Mayweather could have easily walked away then. He did consider it. He probably would have if it weren’t for a promise he made to Andre Berto when he signed the Showtime agreement.

After Pacquiao, the Grand Rapids star announced Berto as his final foe for September 2015. The rest is history.

Coming back two years later, just because he can, Mayweather scored a previously unheard of 4m PPV buys for a second time.

It was another obscene move that Mayweather knew he could make.

He could do it again – if he wanted to and quickly sell two million PPVs versus Pacquiao again.