The reason Mosley never got a Mayweather or Pacquiao rematch

The boxing great and multi-weight champion discussed the situation when ruling out an exhibition comeback to face either of his former opponents.

Mosley, 51, has been the subject of persistent rumors since the likes of Evander Holyfield, David Haye, and Mike Tyson confirmed returns.

The Hall of Famer moved to end any further pondering as he continues to offer training facilities to fighters at his California home.

As have plenty of others, middleweight title-holder Gennadiy Golovkin spent camp with Mosely over the past few years.

But as far as joining the exhibition brigade is concerned, Mosley cleared up that it’s not for him.

“People are speculating that I am making a comeback. I’m not,” stated Mosley.

“I would have loved to rematch Pac-Man and Floyd Mayweather. But I got a career-ending injury on my forearm where you see the huge scar.

“It caused me a lot of mental anguish to not be able to compete anymore at the sport I love. But finally, after four years, I am coming to terms with it.

“I appreciate all the fans supporting me; for real, it means more than you think. 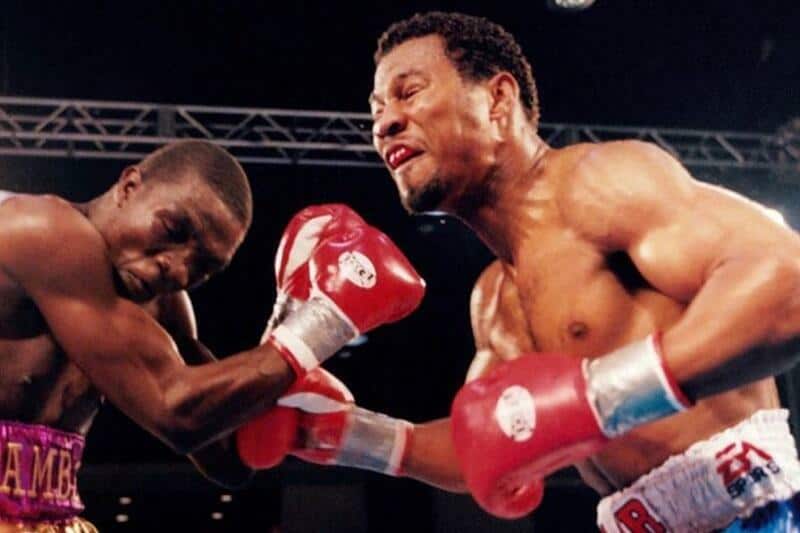 “I’m just staying fit now because it’s a lifestyle to eat healthily and keep in shape. And I’m not fighting [on any undercard].

“I’m getting texts from people closest to me, asking if the rumors are true because they know my hunger to fight will never die. So this is the final word.

“Peace and love. However, if you have any fight offers, go ahead and direct them to my attorney cause we would like to see them for another reason.”

That final admission rules out Shane getting inside the ropes again, even in an exhibition capacity.

One thing is for sure, ‘Sugar’ Shane has one of the best CVs in boxing from an era featuring two of the best in Floyd Mayweather and Manny Pacquiao.

He also fought Oscar De La Hoya, Miguel Cotto, and Canelo Alvarez. This fact only strengthens his credentials as an all-time boxing great.