Juan Manuel Marquez looks in good enough shape to fight Manny Pacquiao for a fifth time should an offer come for an exhibition.

Marquez and Pacquiao remain intertwined due to their four-bout saga, which ended with an almighty knockout blow from Marquez in 2012.

Since then, all attempts to get the pair back inside the ropes for a fifth installment have failed.

World Boxing News reported that Marquez believed a vast offer of $150 million was on the table back in 2014.

“They already know that, and it has been left open. I have told the public. I think that the fifth fight is a large amount of money.

“[It was something like] 150 million US dollars was offered to me at the table for a fifth fight. I said: ‘no, I don’t want a fifth fight anymore.'”‘ 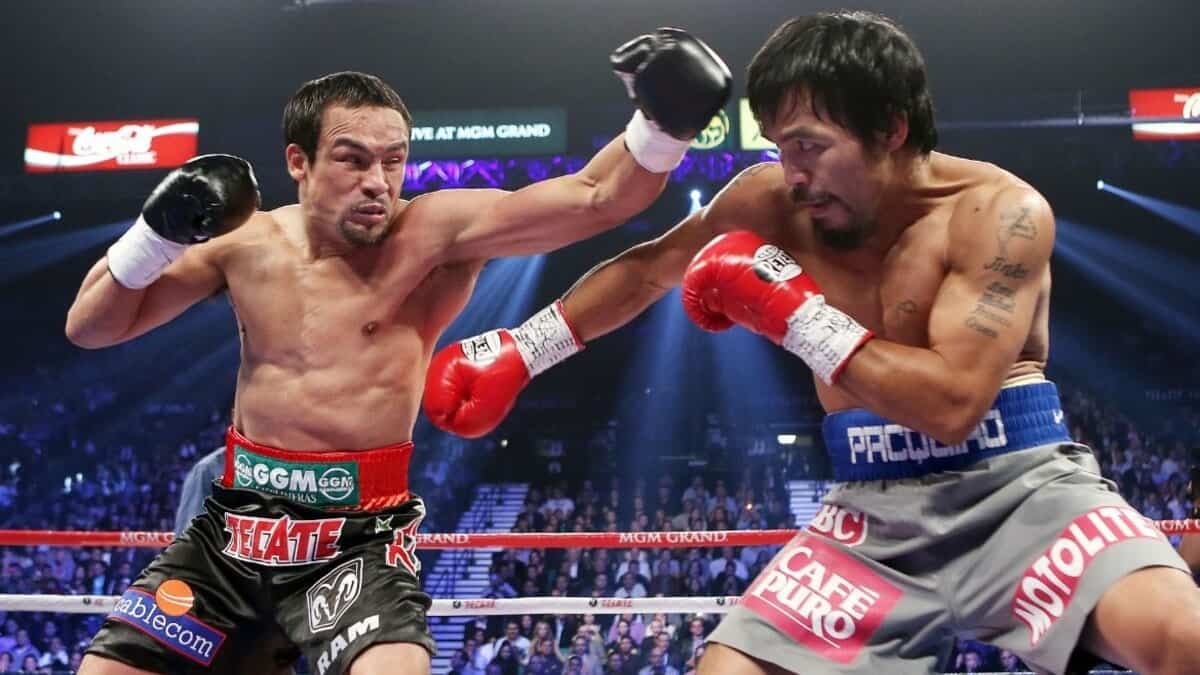 He added: “Look, I told him, pride, dignity, love for the sport, and the most important victory of my life are better. That’s because we had beaten the best pound-for-pound fighter at that time.”

WBN revealed in an exclusive interview with Bob Arum sometime later that the offer may not have been in cold-hard Benjamins.

The $150 million offer got debunked by Arum, as he explained to WBN.

“Listen, I discussed it with my people in the company. You know what Marquez is talking about because I know that we offered him either six or seven million dollars (for the fifth fight).

“This offer was far more than he ever made for the fourth fight,” Arum exclusively explained to World Boxing News. “The offer was made within a year of Marquez scoring the knockout.

Arum added on Marquez saying it was dollars: “I believe Marquez might have been talking about pesos.

“It’s my belief because that’s how he talks. Pesos are about fourteen or fifteen to the dollar at that time – not twenty. That gets you to around 150 million pesos.

“That’s what our interaction with Marquez was.”

Marquez is in tremendous shape

Pacquiao is facing a combat YouTuber in December. However, most fans would rather see Marquez enticed for an exhibition to extend their rivalry.

Marquez would be in no danger of adding another loss to his record. As the recent clip above suggests, the Mexican superstar remains in tremendous shape.

Fans of both fighters would love to get a chance to reminisce about what might have been in a fifth fight. Not to mention the US market would lap Pacquiao vs Marquez V up.