How much money did boxing legend Floyd Mayweather generate on Pay Per View throughout his remarkable boxing career?

World Boxing News has crunched the numbers regarding the actual takings Mayweather banked.

The insistence exists that ‘Floyd Mayweather is boxing’s first billion-dollar man.’ – WBN can reveal this is undeniably not the case.

Mayweather is at least the sport’s first THREE BILLION Dollar Man if you take all the money from every sale of his PPV fights and add it together.

In the United States alone, Floyd Mayweather made $1.8 billion in sales.

Mayweather amassing three billion at the worldwide box office proves he’s out on his own in the paid platform stakes.

Pay Per View buys featuring the five-weight king since his debut on the platform in 2005 at an average purchase price of $75; you’d even come to numbers north of $1.8 billion in US revenue.

Then, if you take Mayweather other career purses and contract factors into account, the amount easily surpasses the two-billion-dollar mark in the United States alone.

Worldwide sales of every single event from hundreds of countries worldwide certainly go over three and possibly into the realms of four, dependent on how deep you delve.

It’s quite a dumbfounding statistic. A fact that has seen Mayweather himself bank at least one billion in his pocket.

Floyd’s Showtime contract alone made over one billion dollars from 14 million total buys (if you include Conor McGregor). 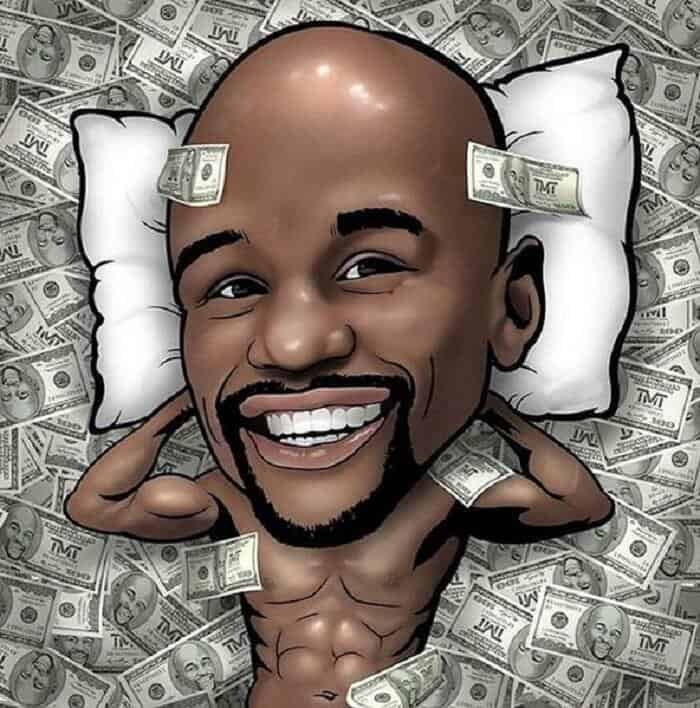 The numbers are staggering. Most of which can add another 500 to 800k for worldwide distribution.

Nobody has been generating those numbers since the days of closed-circuit TV without the home box office angle.

If you consider that Mayweather took several breaks during his tenure, some of which were over a year, it’s mind-blowing to think the final total could have been pushing five billion dollars.

Will we ever see another feat like it in the sport?