Jake Paul has turned down the chance to face a boxer on August 6 after receiving several offers from pugilists past and present.

The YouTuber scrapped Hasim Rahman Jr. over a weight issue when Madison Square Garden hadn’t sold even a third of capacity.

Paul reacted and released videos explaining his decision. However, World Boxing News knows that the arena was struggling badly with ticket sales.

Despite the weight, Rahman offered to fight Paul at just a ten-pound advantage and lose $250,000 of his purse.

In what would have been a clear safety breach of New York rules, Paul wanted Rahman to get down to 200 pounds. That ultimately blocked the fight.

Rahman was disappointed in Paul’s antics of trying to make him unhealthily boil down.

“How am I going to be 216 when I just weighed 224 a month before they called me and coming off a loss?

“When have you ever seen anyone do that? They are acting like I haven’t done everything to make this fight happen.”

Before pushing Rahman out, had ticket sales remained on the same trajectory, Jake Paul faced the real possibility of MSG canceling the event themselves.

The whole organization was ridiculous, and the only reason they had to cancel the show entirely and not postpone it.

In a bid to save the show, which was co-featured by world champion Amanda Serrano and an undercard which will no longer get paid, several boxers offered their services.

Dawson said: “I’m willing and able and ready to step back in to save the day.”

Cintron stated: “I’m not in no way near fight shape, but if Jake Paul had called me, I would have taken the fight and whoop his a**

“A fighter will always be a fighter. I would have used my veteran skills and whooped on him for the eight rounds. That’s if he made it out of the third.

“Jake Paul needs to learn to have a backup opponent in case of situations like this.

“All he had to do was call an inactive, not fight shape retired fighter. We would have beaten him just using veteran experience skills.

“Us 40-year-old guys aren’t supposed to sell tickets. That’s up to the “man” in boxing today, Jake Paul. We just opponents.”

The recently retired Jamel Herring aired his thoughts on the whole debacle.

“Three former world champions were willing to step in.” 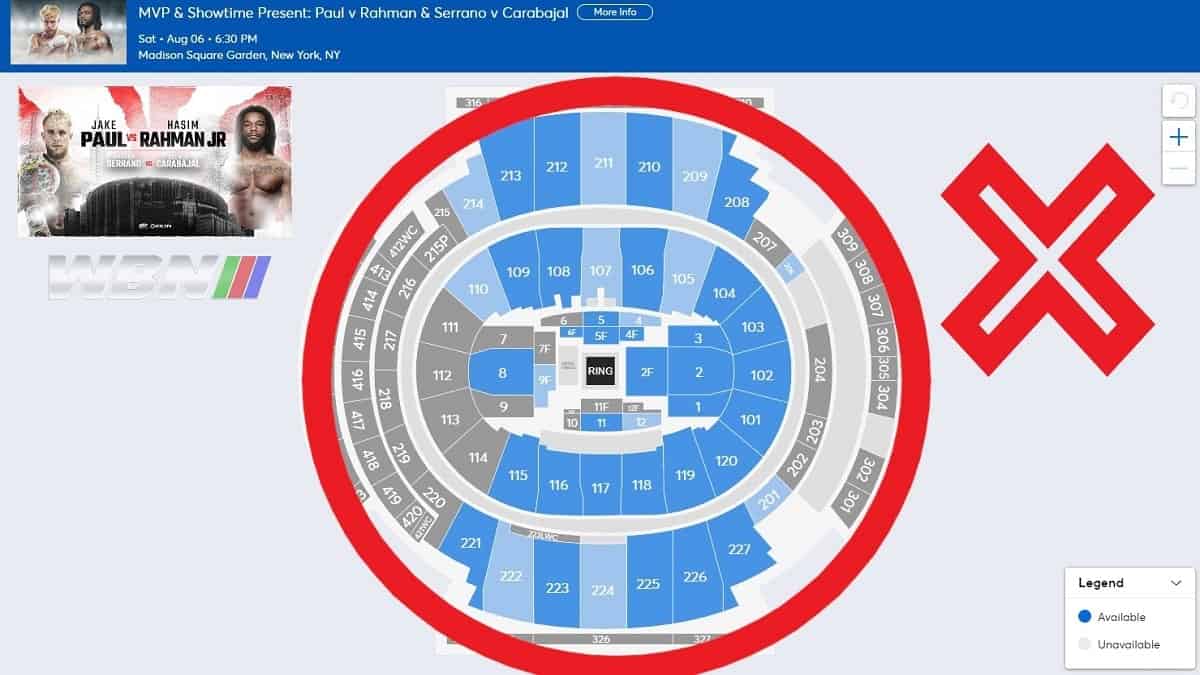 “I think Jake Paul needs to get some different people around him. If he’s going to stay in the sport, he needs to be with guys that actually really know how to put on fights.

“Not to mention hotel rooms in New York and transportation are very expensive,” said White.