Mexico’s Vargas became a two-division world champion as he rose from a knockdown. Vargas boxed and banged his way to the WBC Featherweight title against previous holder Magsayo.

He took the win via split-decision in a dramatic showdown headlined live on SHOWTIME from the Alamodome in San Antonio.

“I’m at a loss of words,” said an emotional Vargas post-fight. “I worked hard for this.

“But I want to thank God, my family, my trainer Nacho Beristain. I enjoyed the first title I won greatly. This one is special. This win is for me.”

“It’s his today. No matter what, I’ll come back stronger, I’m disappointed, but I did my best,” said Magsayo.

The battle of unbeatens was a fast-paced affair. Both men held momentum at different moments but never gave in to their determined opponent.

He used his superior activity to edge the decision on the judges’ cards with two scores of 115-112 against a 114-113 score for Magsayo.

The only world champion from the Philippines heading into this fight, Magsayo was able to land numerous flush power shots on Vargas.

The new champion took them well and made sure to return fire with a versatile attack of his own.

This success showed up on the punch stats, as Vargas out-landed Magsayo 196 to 132, according to CompuBox.

“I just kept moving forward and shrugging him off no matter what was happening,” said Vargas. “All that mattered for me was coming out with the victory in the end.”

Vargas showed that he could rebound from adversity. Magsayo nearly turned the tide of the fight by landing a sneaky right hand late in round nine that put Vargas down.

“It wasn’t a power punch that got me,” said Vargas. “It was more of something that happened because of how I was moving. We were able to recover and come back strong.”

“When I had him down, the punch was straight. He did his job in the ring, running,” said Magsayo.

“I applied the pressure and did what we trained for in the gym, but he was taller and the man today.”

Vargas showed his veteran mettle by rising to his feet. He survived a shaky 10th round to come back and sweep rounds 11 and 12 on all three judges’ cards to clinch the victory. 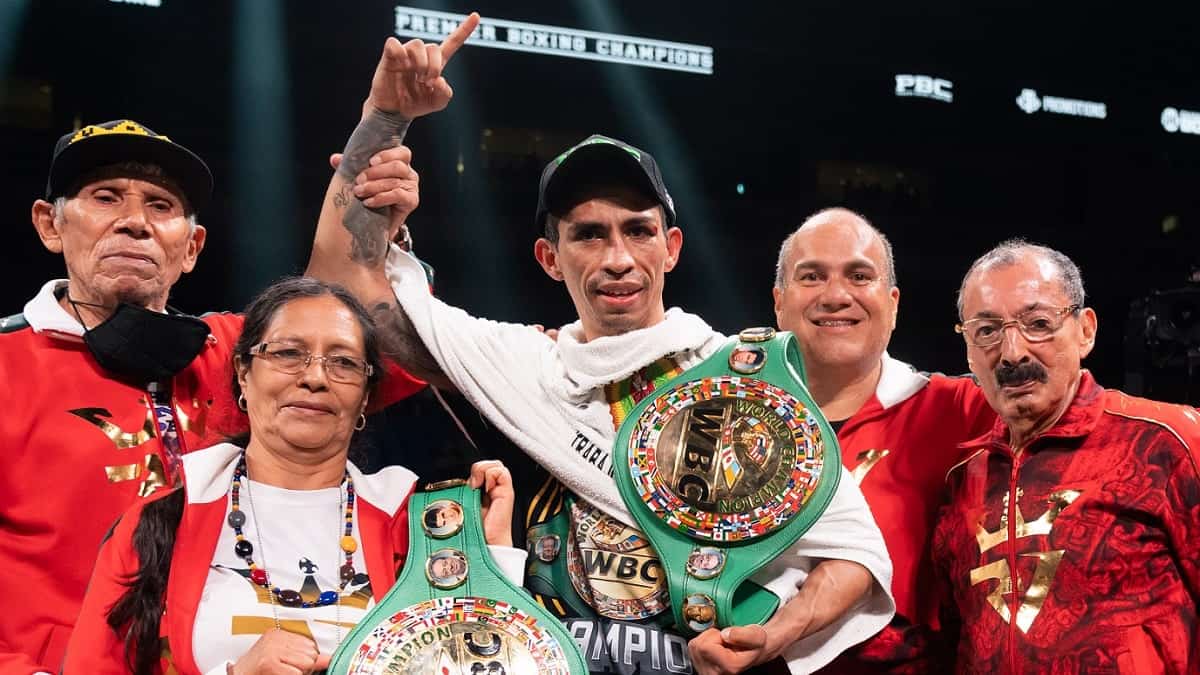 “It was a good, enjoyable fight,” said Vargas. “We felt comfortable throughout. I was sound technically.

“We were just going round-by-round and got the expected result.”

“I will rest and watch the fight, and I’m going to train to fight again and will correct my mistakes for the next time,” said Magsayo.

“Thanks to all my fans in the Philippines. I did my best and will come back stronger.”

After the fight, Vargas set his sights on a potential unification fight against four-division world champion and current WBA champion Leo Santa Cruz, a potentially huge Mexico vs. Mexico clash.

“Now I want the unification bout,” said Rey Vargas. “I want to fight Leo Santa Cruz. I’m ready. We’ve already talked about it with my team.”