‘I’m the best, I’ll always be the best’ – Floyd Mayweather

Floyd Mayweather declared himself the best and said no other boxer would ever match him.

The former pound-for-pound king made the statement during his induction into the International Hall of Fame.

Mayweather said other boxers post unrealistic or doctored numbers regarding their fights. However, all his totals are accurate, and nobody else will overtake his achievements.

It certainly wasn’t a speech for the squeamish.

The five-weight world champion stated: “I want to thank Showtime for giving me a deal [in 2011] that was record-breaking and not fake numbers like other fighters.

“My numbers were real. I am the best. I will always be the best.

“I would like to thank the International Boxing Hall of Fame for giving me this [honor]. It’s going to my dad because he deserves it.

“Bernard Hopkins said you got to earn it, and my dad earned this ring. It’s going to the king.”

Paying tribute to more of his corner team, “Money” added: “We talked about the other legendary champion that is no longer with us, Roger Mayweather.

“Roger, I know you are looking down on us, and I know you’re proud. A great champion, a hell of a trainer, and a great person.

“You all know this Roger Mayweather quote “You don’t know s*** about boxing.”

“Another legendary person in boxing that we don’t talk about, may he rest in peace, Rafael Garcia [long-time cutman].

“He was a hell of a guy like a grandfather that I never had in the sport of boxing. I appreciate you all, and I will always be TBE.” 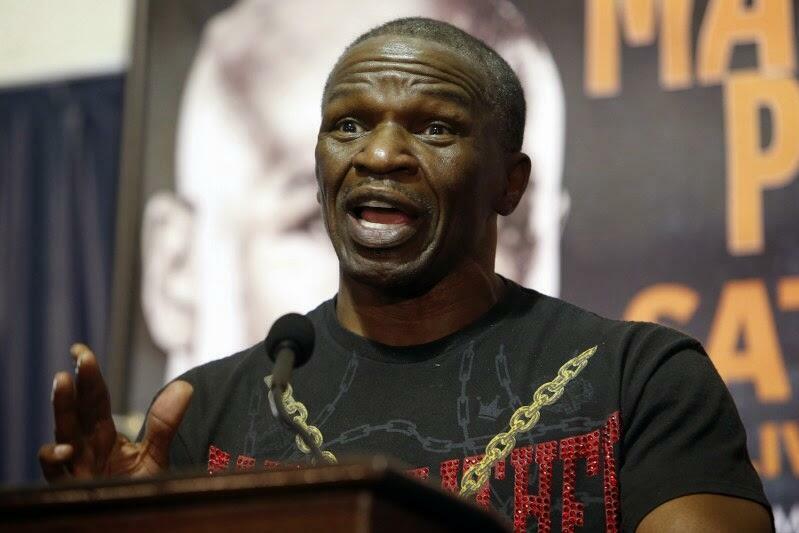 It’s not the first time Floyd Mayweather has declared himself the best, above Muhammad Ali, Sugar Ray Robinson, and the rest.

Mayweather aired three of his top P4P fighters during a podcast with Fat Joe.

“As far as heavyweights go, if we’re going to go heavyweight, I’m going, being honest, I have to go with Larry Holmes.

“He beat everybody in his time. When Mike Tyson beat Larry Holmes, he was beaten by a young, hungry champion.

“He came out of a one-year retirement and was beaten by Tyson.”

Where would you place Floyd Mayweather on the all-time list?