Reports a clash between former training partners in Manny Pacquiao vs Amir Khan brought back some deja Vu.

It’s not the first time and probably won’t be the last time the pair get linked with facing each other in some capacity.

Khan has chased the Pacquiao fight for years since the pair moved on from working with Freddie Roach in LA. With talks taking place on more than one occasion, the battle was close in the past. But ultimately Khan was left disappointed.

A possible clash with Floyd Mayweather went down the same path for the Briton. Therefore, after announcing his retirement this year, it’s no surprise to learn that the carrot has been dangled again.

In an exclusive interview with World Boxing News discussing the fight during his career, Khan said: “I won’t be wasting my time chasing opponents anymore as I think I wasted too much time waiting for Floyd Mayweather, for example, and even Pacquiao, but I’m not really going to wait around.

“I’m just going to see what Team Khan has to say. See who they think I should fight because there’s no point in wasting any more time. I will be smart now and fight whoever comes up to keep myself busy.

“Obviously, it would be lovely to fight someone like Manny Pacquiao as he’s a legend in the sport, and I’ve always wanted to fight him.

“I’ve always fancied my chances, so if it happens, it happens, but there are other names for me.

“A Pacquiao fight anywhere in the world would be massive. I believe it could sell out Wembley in the UK. Manny Pacquiao versus myself is two big names in boxing, and it’s a fight that people want to see. It would be an explosive fight, and obviously, Manny is a superstar in the sport.

“I’m sure the British fans want to see Manny Pacquiao, so I believe Wembley would be the ideal arena to stage a fight like that,” added ‘King’ Khan. 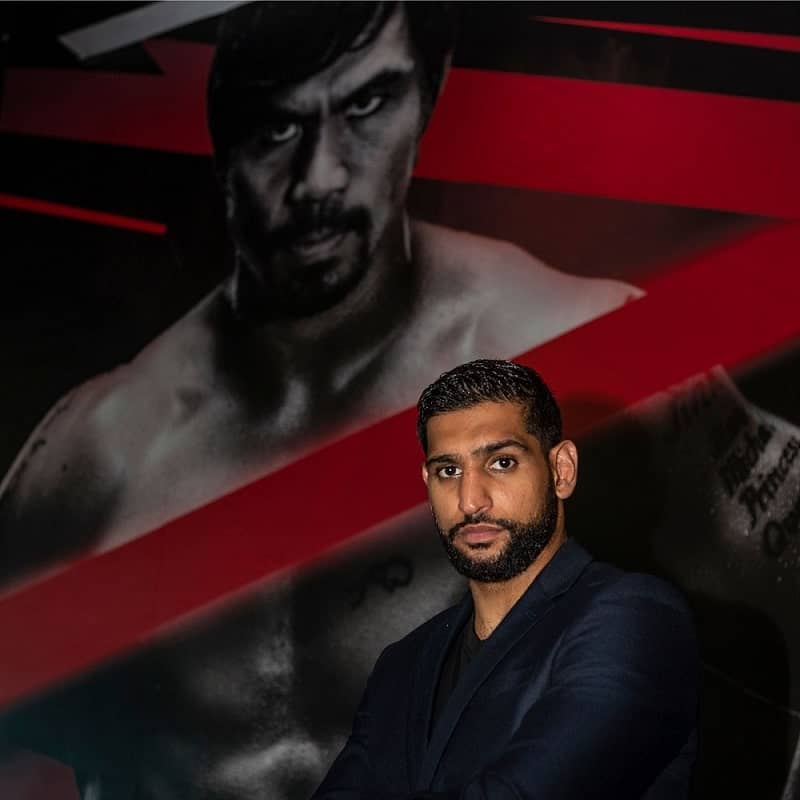 WBN believes Pacquiao vs. Khan is unlikely to go down. Even if the Filipino Senator mulls over a final fight or one more run of bouts before walking away for good.

Pacquiao retired to focus on politics. But after failing to land the Presidency of the Philippines, it’s fully expected that “Pacman” will be back in the ring soon.

If he comes back as a professional, the 43-year-old will certainly be looking at a top welterweight name for a Las Vegas farewell. Potential names include Terence Crawford, Errol Spence, or a rematch with Yordenis Ugas or Keith Thurman.

Should he go down the alternative route of fighting in the Philippines for his people, another Asian fighter would be the avenue to turn down.

An exhibition is also an option. However, Floyd Mayweather, Conor McGregor, or Khabib Nurmagomedov would be above Khan in the pecking order.

One hope for Khan is a Middle Eastern option. If Saudi business people or a huge offer comes from Dubai, the Bolton man would be in with a slim shot of finally sealing his Pacquiao wish.

However, he might be disappointed again on this one.