Deontay Wilder prepares to return to boxing and will face an opponent who isn’t Tyson Fury for the first time since a mass of controversy.

Wilder exploded with emotion during the aftermath of their one-sided rematch in February 2020 at the MGM Grand.

“The Bronze Bomber” blamed everyone but himself for what transpired as Fury beat him up and took him through seven painful rounds.

WBN witnessed the fight in a smoke-filled Garden Arena from a high distance. Despite the view, it was crystal clear that Fury was the far superior fighter on the night.

Fury had drafted SugarHill Steward into his corner to make him more aggressive. The tactics paid off perfectly as he regained the world heavyweight title.

However, that didn’t become the story of the event. Sadly, Deontay Wilder took that away from “The Gypsy King” through his post-fight accusations.

Wilder’s main bone of contention was with Mark Breland, though. Breland threw in the towel when the Tuscaloosa man was under heavy fire and looking out on his feet.

But that’s not where Breland went wrong. Wilder’s problem was that the 1984 Olympic gold medalist ignored his previous instructions never to use the towel to end one of his fights. 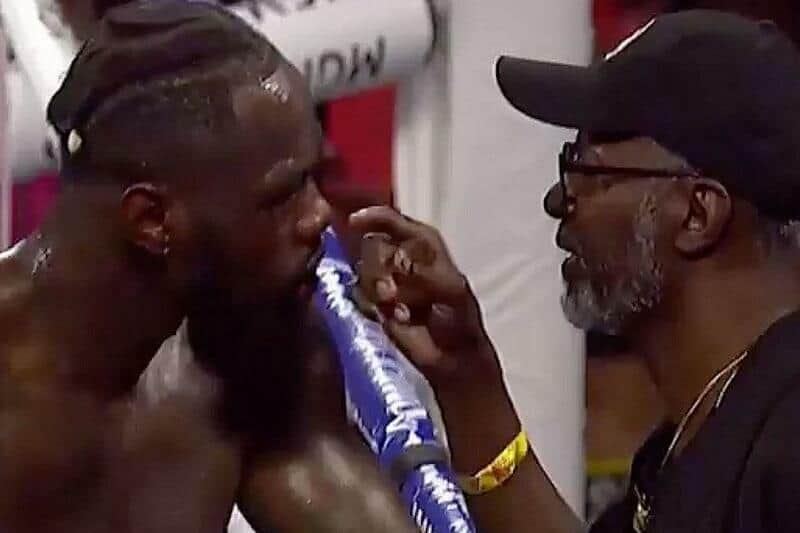 That’s why Wilder was so furious, as he told Brian Custer on his Last Stand sometime later.

“I’ve been preaching for five years. Don’t ever throw in the towel with Deontay Wilder,” said the ex-WBC champion.

The 36-year-old believed that he could have detonated on Fury at any point due to his one-punch KO abilities.

“Deontay Wilder is never out until it’s over with because of my heart, and will, and the power I possess.

“And yes, I do feel like he was a part of it, and it’s not for me to explain to anyone. I said my peace and I let out my emotions. I said it. People can believe what they want.”

Another story that ran out of control was the heavy suit excuse. Wilder pointed out that he merely mentioned something backstage, and someone from the media blew it up.

“They really overhead something in the dressing room,” explained Wilder. “I’m not excusing the costume.

Amazingly, though, Wilder blamed that part on someone potentially spiking his water. He’ll be aiming to make sure that decision never falls into the hands of new trainer Malik Scott.