Canelo Alvarez and Gennadiy Golovkin will collide for the third time at the same venue as their previous two meetings – the T-Mobile Arena.

The Las Vegas venue is the perfect setting, which is a stone’s throw from the MGM Grand up the road from The Park MGM and New York casinos.

Canelo and Golovkin threw down there in a controversial double in September of 2017 and 2018. Sell-out crowds attended both fights, with a ceiling-busting 21,965 turning up for the rematch.

In the first clash, Golovkin had big claims to have taken the victory. On the scorecards, Canelo walked away with a draw. The second fight swung more in favor of Canelo. However, Golovkin still had an excellent call to win.

The Kazakh puncher spoke about the controversy in a recent interview with DAZN.

“I have the same opinion as you that I won both fights. But some people are comfortable being delusional. Let them live with this delusion.

“Whether they [the two Canelo fights] soured me a little bit, yes. Because at the time, the fight was the biggest fight in the world of boxing.

“To see that people were able to get away with this fraud, you just start thinking this is how it works?

“You start looking at boxing. It’s not just a sport. People are willing to tweak it to their advantage in indecent ways and get away with it from a business standpoint.

“And that’s without being responsible for their actions. Without taking liability. Of course, that sort of changed my attitude.”

On having Canelo’s number, Golovkin added: “I have the keys to how to open him up, how to fight against [Canelo].

“[Some people had] shared an opinion that I was probably the one that chased Canelo away from the middleweights of the division.

“I’m not sure whether that is true.” 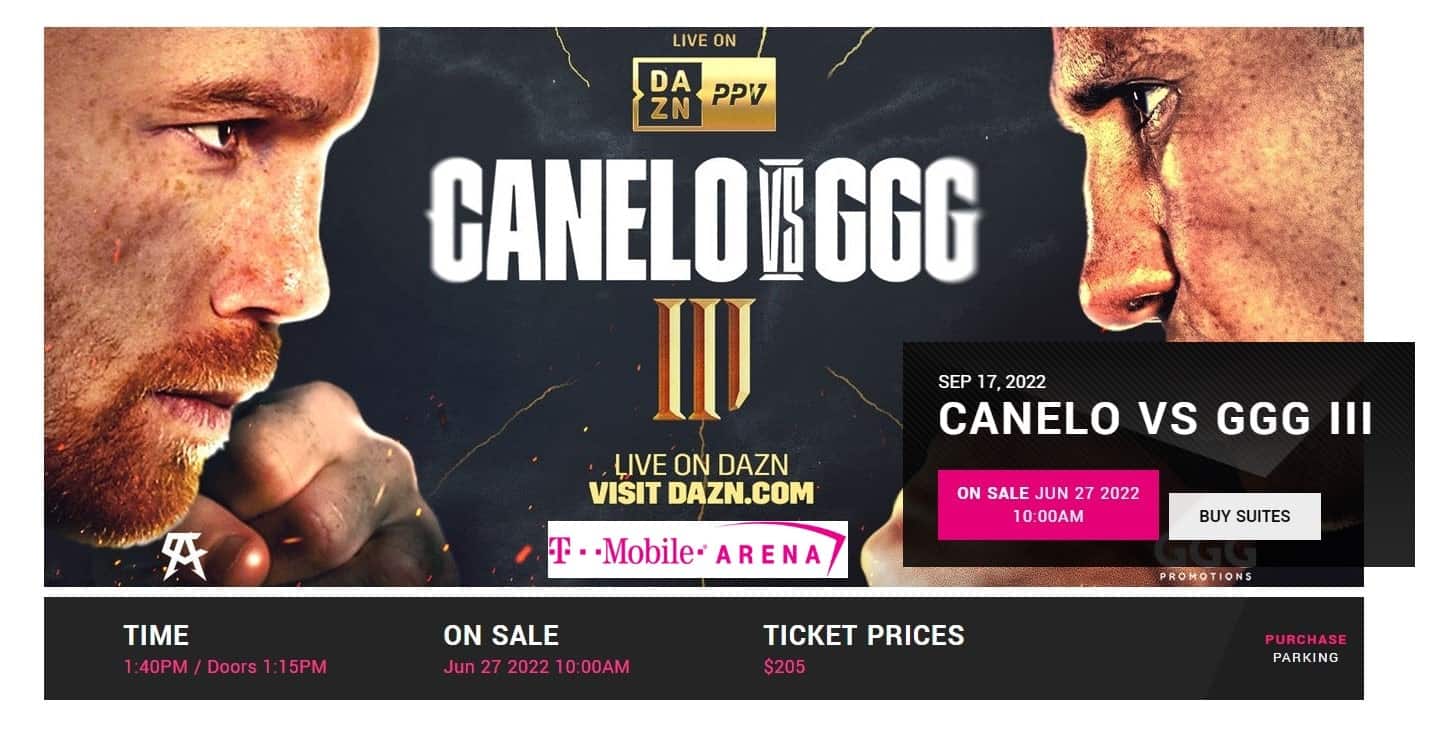 There’s unfinished business between the pair that they will attempt to put to bed in front of another gathering of 20,000 plus.

Canelo has something to prove after losing badly to Dmitry Bivol in May. The crowd gave audible gasps as Bivol got the better of Canelo from the very first round.

Boxing is back! @Canelo will meet @GGGBoxing for a third time on September 17. This is one you won’t want to miss. 🥊 Tickets on-sale Monday, 6/27 at 10AM.

It’s now up to the Mexican superstar to silence those doubters and put a full stop to his three-fight saga with his most significant career rival.

Fireworks will explode from the opening bell in Nevada.

According to the T-Mobile Arena website, tickets for Canelo vs Golovkin 3 will be on sale on June 27.