World Boxing News brings news of returns to the ring for aging warriors Ray Beltran and Luis Concepcion in the coming weeks.

Panamanian 140-pound contender Cesar “Rainman” Francis (10-0, 6 KOs) will take a big step up in opposition when he faces former world champion Raymundo Beltran (37-9-1, 23 KOs) in a 10-round battle for the WBO NABO Junior Welterweight Championship.

The fight takes place on Saturday, July 9, at the ProBox Events Center in Plant City, Florida, and will be streamed live globally on ProBox TV.

Tickets for Francis vs. Beltran are on sale now and start at $50, excluding applicable services charges. Tickets are available for purchase at EventBrite.com or by clicking here.

Francis, born in Panama but lives in Brooklyn, New York, is coming off the biggest win of his career, a unanimous decision victory over Mohamed Mimoune. Before that, he beat then-undefeated prospect Jose Roman Vazquez via decision as well. The 31-year-old Francis has only had ten fights, but he has taken significant steps in his last few fights that have moved him up the 140-pound rankings.

“It’s my time to shine. I’m going to go in and perform,” said Cesar Francis. “Beltran is a great veteran, and I am not overlooking him.

“I helped Richard Commey get ready for his fight against him. And this time, Commey will be my sparring partner. People better bring their umbrellas because it’s going to ‘rain’ that day.”

Beltran is a former world champion from Los Mochis, Sinaloa, Mexico. He had some of the best moments of his career at 135 pounds, where he faced the likes of “Hammerin” Hank Lundy, Ricky “Rickster” Burns, Richard Commey, and Terence “Bud” Crawford.

His most important victory was against Moises Paulus, whom he defeated to capture the WBO World Lightweight Championship. Now at 140 pounds, Beltran plans to use his experience to take Francis to deep waters.

“I’ve been looking and waiting for this fight,” said Raymundo Beltran. “Cesar Francis is an undefeated fighter with a lot of confidence, and this is the kind of fight I need to put myself back on the map. I think my experience will help a lot because I’ve been in there with high-level fighters.

“Like always, I will do my part to ensure it’s an action-packed fight. My fights have never been boring. They’re always full of action.”

Undercard information for the event will be announced shortly. 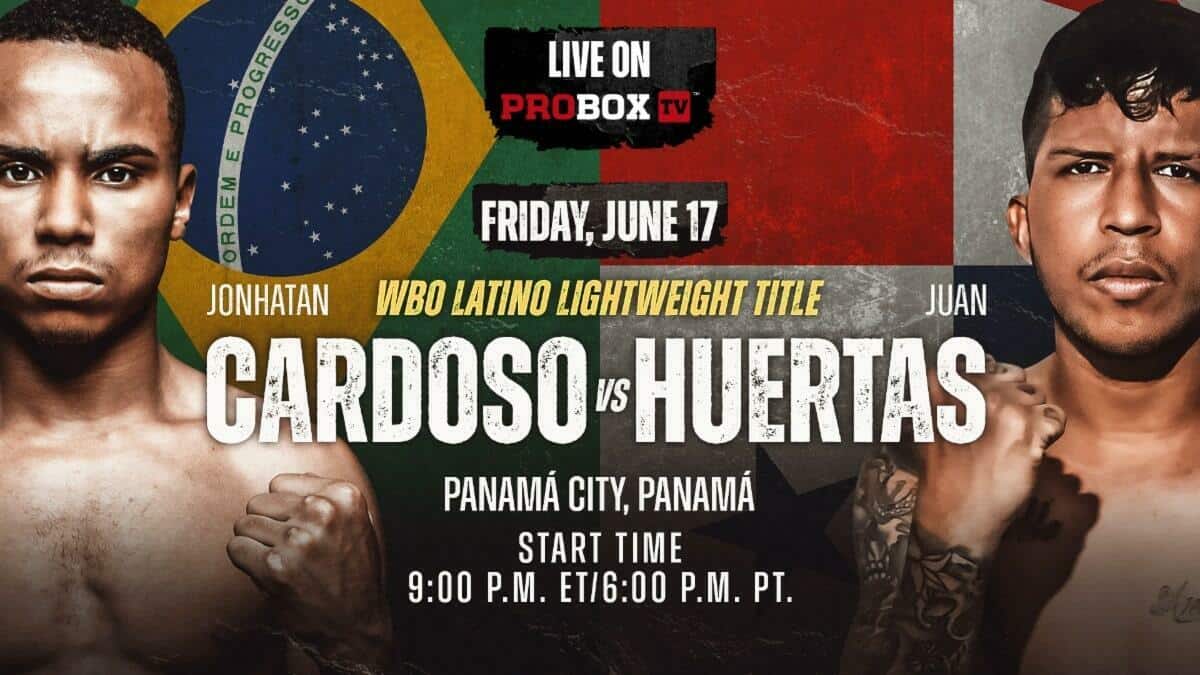 The event, which is promoted by ProBox Promotions with Master Promotions and All Star Boxing, Inc., will be streamed live globally on ProBox TV beginning at 9:00 p.m. ET/6:00 p.m. PT.

Concepcion is a 36-year-old who has had a career of many ups and downs. In 2009, he defeated Omar Salado to become the WBA Interim Flyweight Champion. He was then elevated to full champion after several defenses.

In 2015, Concepcion then captured the interim WBA title at 115 pounds with a stoppage win over David Sanchez and later became full champion by defeating Kohei Kono the following year.

Concepcion would eventually lose the title to Khalid Yafai but once again captured the interim version of the WBA 112-pound belt in 2020, a title he then lost to undefeated Artem Dalakian. The hard-hitting Concepcion has also had tough fights against Carlos Cuadras and Andrew Moloney in a career spanning more than 15 years.

Lopez, on his end, will not be giving up any advantages in the traditional sense. Though he is from Venezuela, he has fought in Panama over ten times and has held his own against prospects such as Orlando Peñalba, with whom he fought to draw in a battle contested at 118 pounds.