The historical event took place in 2020 as Mayweather regained the streak from the now-former WBC champion Wanheng Menayothin.

After enjoying a six-year reign as the World Boxing Council champion of the strawweight division, Menayothin lost to Panya Pradabsri.

At the time of the fight, Wanheng held the most victories in a row at 54-0. A mark Floyd Mayweather previously held until 2018 with 50.

Going toe-to-toe with Pradabsri just months after securing the record forever when he announced his retirement, Wanheng did the unfathomable and lost upon his comeback.

Described by the WBC as ‘an authentic and fabulous battle of Thai warriors,’ the fight had great moments. However, Panya achieved better scores in the match-up – but only just.

He did this by taking the early rounds and making them his own. Menayothin responded and managed to close the gap, but Pradabsri got the best of it after twelve.

Pradabsri took the victory and the championship by unanimous decision, scoring 115-113 on all three judges’ scorecards. 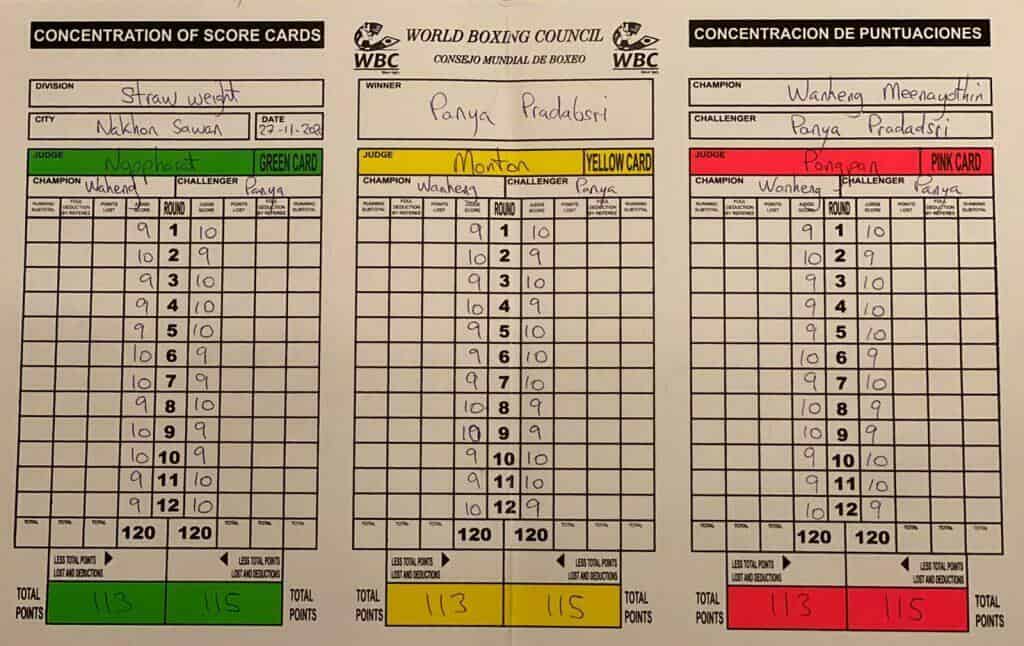 At the end of the fight, Wanheng, an already respected champion, approached the WBC representatives to thank them for a tremendous six-year relationship.

The WBC then congratulated their new champion Panya Pradabsri and acknowledged the long and distinguished reign of the great Wanheng Menayothin.

With a possible retirement on the horizon, Wanheng ‘shone brightly. He was a tremendous force in the division – said the WBC.

However, one year later, he made another return to action.

Beating the lowly Jinnawat Rienpit set up a rematch with Pradabsri. Menayothin lost again, this time even more unanimously than the first. Mayweather’s record was safe anyway, as Wanheng was 55-1 going into the revenge mission.

At 55-2, Wanheng fought again in 2022 as the fight was declared a no-contest. It’s unknown if he will ever grace a ring again.

Mayweather can now sit back and enjoy the best boxing record in retirement anyone has to offer, having overtaken Rocky Marciano’s fabulous 49-0 mark in 2017Despite gripes to the contrary, a

Despite gripes to the contrary, a win over Conor McGregor got sanctioned as a bonafide boxing bout by the Nevada State Atheltic Commission.

At 50-0, it seems Floyd Mayweather’s destiny to have the record despite Wanheng attempting to step away.

Deserving his place at the top, Mayweather is once again out on his own.