The campaigners spoke out about the over-fifties boxers like Mike Tyson and Evander Holyfield making shock comebacks to the ring.

Retiring in their 30s with all their faculties intact is usually enough for most fighters to count themselves lucky.

However, not for some, as an alarming amount of past heavyweight champions are now considering following in Tyson’s path.

‘The Baddest Man on the Planet’ shook off fifteen years of ring rust in 2020. He fought out a draw with 1990s superstar Roy Jones Jr.

Tyson is already planning his next move, possibly against a YouTuber. The development happened after a trilogy with Holyfield fell apart after Vitor Belfort knocked “The Real Deal” out. Lennox Lewis also backed away from a rematch with Tyson.

At the same time, and worryingly, many other contenders from back in the day are considering following his lead.

He said: “Boxing at any age is a hazardous sport. Boxing actively encourages participants to strike opponents’ heads. To incapacitate them by knocking them senseless.

“As we get older, our bodies take longer to heal. Our reactions get slower. Therefore, as a general rule, the older fighters are, the less able they will be to avoid or defend against punches.

“Furthermore, any impact they suffer could be exacerbated by the cumulative damage acquired from years of being hit in the ring in their younger days.

“Put simply, the more blows to the head you receive, the more likely you are to suffer a long-term injury.” 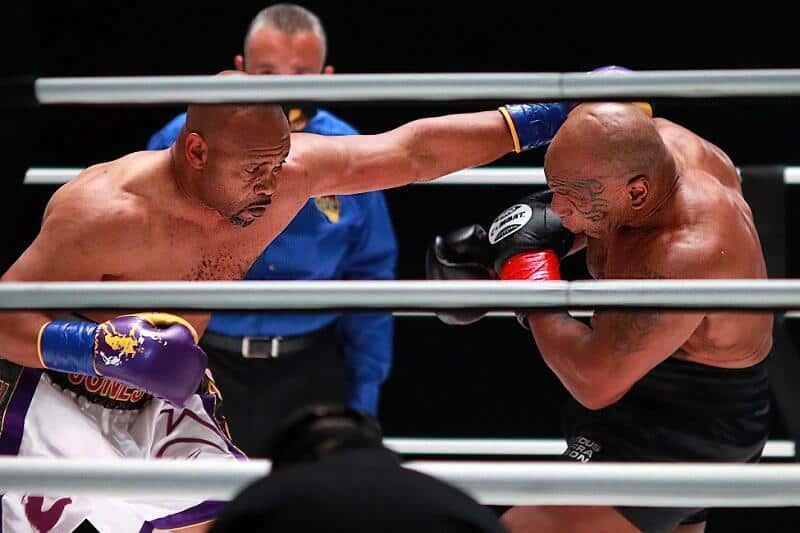 McCabe then intimated just how dangerous the older brain taking further punishment has the potential to be.

“The medical evidence – supported by the British Medical Association (BMA) and numerous other medical bodies worldwide – is clear.

“In addition to the risk of suffering an acute bleed or bruising to the brain, which can be fatal, the cumulative effects of repeated blows to the head can lead to long-term neurological damage.

“But put simply, boxing at any age is inherently dangerous.”

As the boxing community, we know these hazards from the get-go for any boxer, young or old. The problem is allowing the brain to get used to a life without taking punishment.

The more time out, the worse it would obviously be.

Then, bringing such a delicate and vital organ back into a harsh environment such as pugilism – especially at the heavyweight limit – increases the risks even further.

It will only take one bad injury to an ex-champ who would have otherwise been retired to see an intense backlash against this new and worrying fad.

How deep will the rabbit hole go?