Eddie Hearn has become the laughing stock of United States promoters and a failure, according to two of the best in the business.

Floyd Mayweather’s right-hand-man Leonard Ellerbe agreed with Hall of Fame legend Bob Arum’s sentiments that the Briton gets perceived as a joke across the Atlantic from his homeland.

The pair are not happy with Hearn continually branding himself the biggest promoter in the world when they believe he’s blown a DAZN budget of a billion dollars.

Ellerbe began taking Hearn off the pedestal he placed his name on by saying: “Imagine running around self-proclaiming yourself as the best promoter in the world when in all actuality you’ve failed.

“The numbers don’t lie. He needs to humble himself and stop being so arrogant and cocky. He needs to learn how to respect others.

“Always remember respect is earned, not given,” said Ellerbe, as Hearn has been at the helm when DAZN had to u-turn on their promise never to have Pay Per View.

Arum, the most revered in the sport in America, believes Hearn’s actions are just plain stupid.

“Talk to other promoters. Talk to [Floyd] Mayweather, talk to Leonard Ellerbe about Eddie Hearn. He’s a joke. All he can do is write checks and give away money. 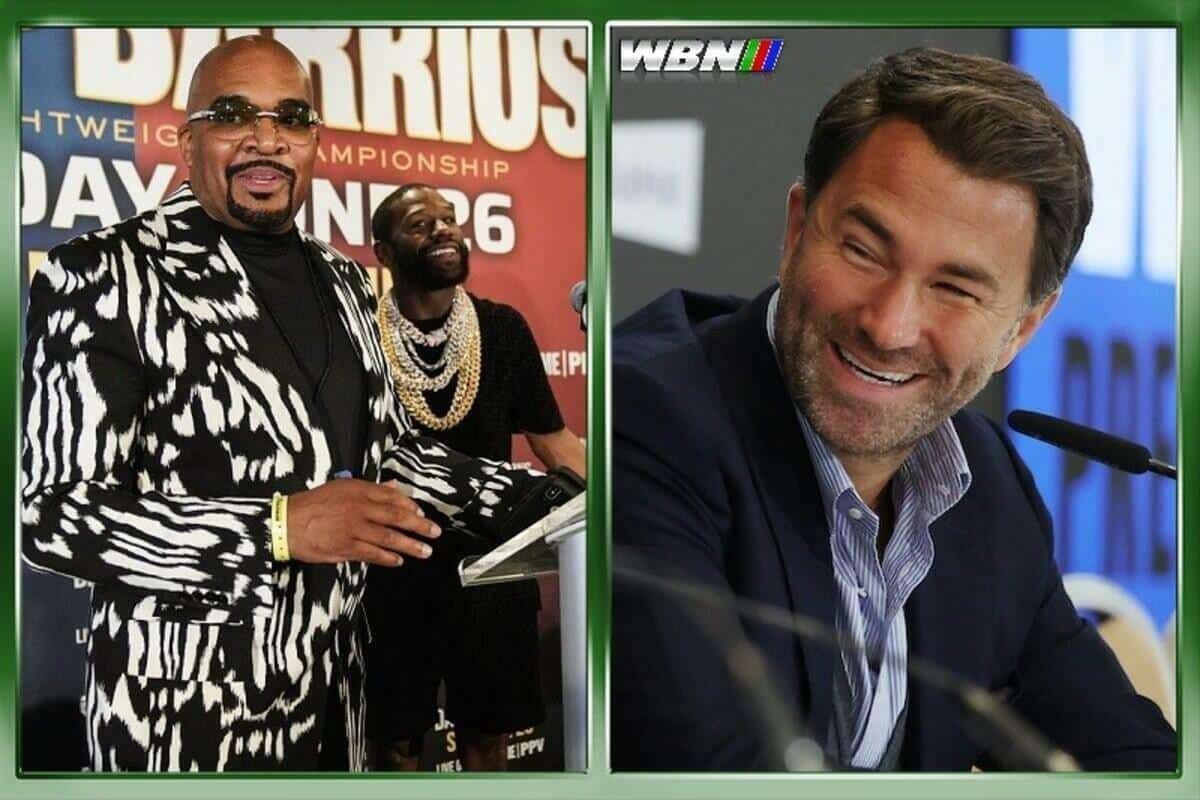 “This comes from the Hall of Fame promoter himself, “The Bobfather.” As G [Greg] Leon would say. Just do your job. You don’t have to attempt to s*** on others to get things done.

“That doesn’t work over here with our sport. You got good promoters everywhere, both in the US and UK. My whole point to him has always been, please respect the game.

“You can’t be low-key doing and saying s*** that’s out of line. Humble yourself and show respect to others, and you might get a different result at some point!”

Hearn admitted that he could no longer work with Al Haymon at Premier Boxing Champions or Showtime. He also added that his relationship with Arum remains ‘frosty.’

The only purpose Hearn’s derogatory words seem to serve is to stop fans from seeing the best available fights out there.

Nothing will alter for the foreseeable future unless there’s a seismic shift and some humble pie digested.

The views expressed in this article on Mayweather CEO Hearn are the opinions of Phil Jay.