Edgar Berlanga eased under the 168-pound limit in exceptional shape as the knockout artist’s opponent failed the contracted weight.

Alexis Angulo weighed one and a half pounds over the super-middleweight division’s allotted poundage and faced a financial punishment.

The fight still goes ahead with Angulo having a weight stipulation of 178 pounds for fight day.

Berlanga aims to score the 17th stoppage from 20 bouts in the Top Rank headliner at Madison Square Garden Theater in New York.

A win for the WBN World Title Prospect of 2021 would push him closer to that ultimate championship goal that World Boxing News predicted as he enjoyed the best knockout run of any young prospect in the sport.

Sixteen straight first-round KO’s have been followed up by three decisions as ‘The Banger” steps up his opposition.

Saturday night will be another footstep on the ladder to a strap for the talented puncher.

• Edgar Berlanga 167.6 vs. Alexis Angulo 169.6
(Berlanga’s NABO Super Middleweight Title — 10 Rounds)
*Angulo is not eligible to win the NABO belt, as he weighed 1.6 pounds over the 168-pound limit. As part of his agreement with Team Berlanga Angulo can weigh no more than 178 pounds Saturday morning. 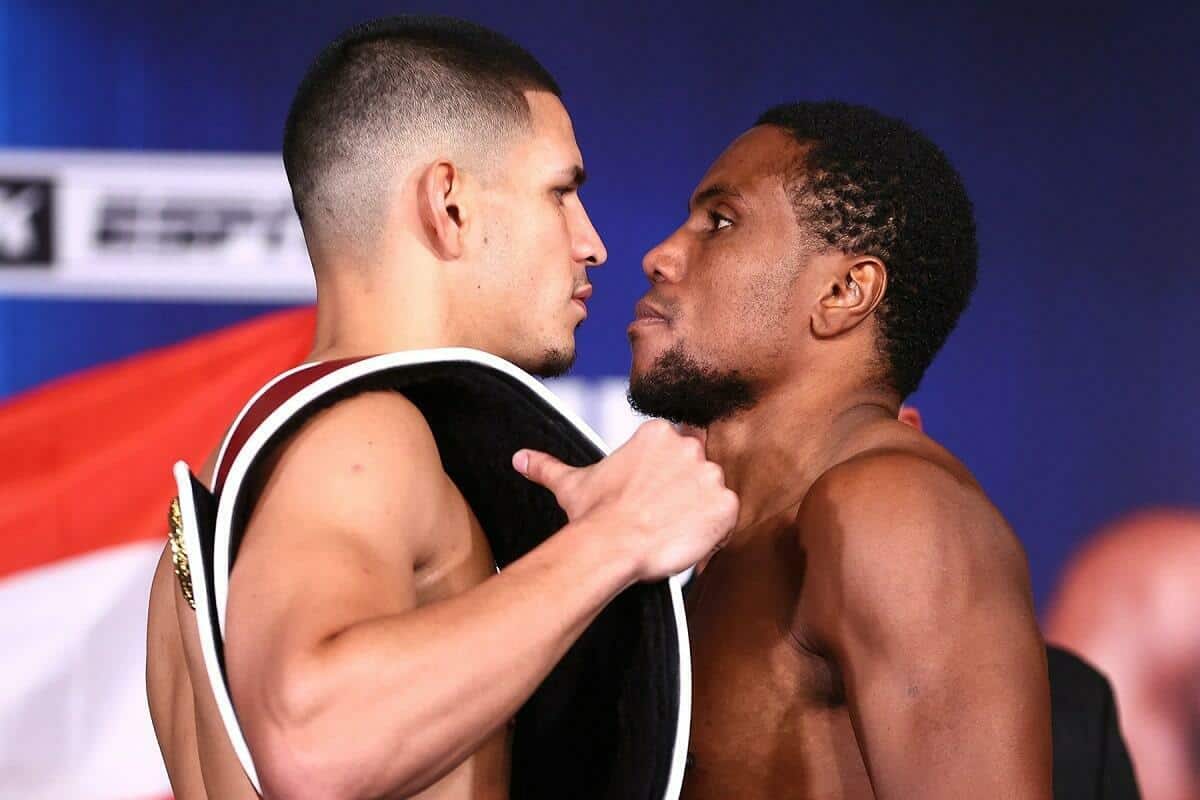