Giant American former heavyweight champ Deontay Wilder recently announced at a statue unveiling in his hometown Tuscaloosa, Alabama, that he’ll fight on after his enthralling trilogy with foe Tyson Fury climaxed with the American’s 11th-round KO loss in October, racking up a second straight defeat.

Despite losing some of the invincible aura, his status as one of the division’s hardest ever hitters being eroded over those three fights, Wilder could wrangle another title shot or keep the gate against some of the division’s top contenders, and if you feel like making a profit on his next fight, visit https://bookmaker-ratings.in/review/betway-india.

The former headline-grabbing heaviest hitters among the big men, both Joshua and Wilder have somewhat become yesterday’s men. Although still A-list stars of boxing’s Hollywood division, the two have perhaps not yet collided due to one man: Tyson Fury.

Wilder’s three-parter with the Manchester man is one of the sport’s modern great trilogies and has tied the American up since 2020. Joshua’s much mooted all-Brit clash with his compatriot dominating the headlines.

A fight for AJ against Wilder didn’t even enter British consciousness despite the latter being ringside for AJ’s knockout of former long-time champion Wladimir Klitschko and having fought on England’s shores once before, registering a devastating KO of Olympic gold medal-winner Audley Harrison back in 2013.

A matchup was further derailed by Joshua’s dethroning at the hands of Ukrainian pound-for-pound and former cruiserweight king Oleksandr Usyk, who has allegedly already begun training for a mooted rematch with the Brit.

Regardless of the result, a meeting between the men who have single-handedly provided the most highlight-reel material of the big men’s division would be a welcome spectacle for any boxing fan.

Up-and-coming Croatian ‘Savage’ Alen Babic has made a name for himself as one of the most entertaining rising stars in the division in his adoptive UK base, having been taken the distance only once in eleven fights, during his last outing against former Polish cruiser Adam Balski, where he suffered a first round knockdown.

The compact, bullet-domed Babic is half a foot shorter than Wilder and is yet to face a top-level contender, with names like fellow fan favorite Dave Allen being touted as the next possible foe, a few rungs down the division ladder from former champ Wilder.

However, Babic fits the bill of a tune-up first fight back for the American, and the eccentric Balkan bruiser would unlikely turn down such an offer. 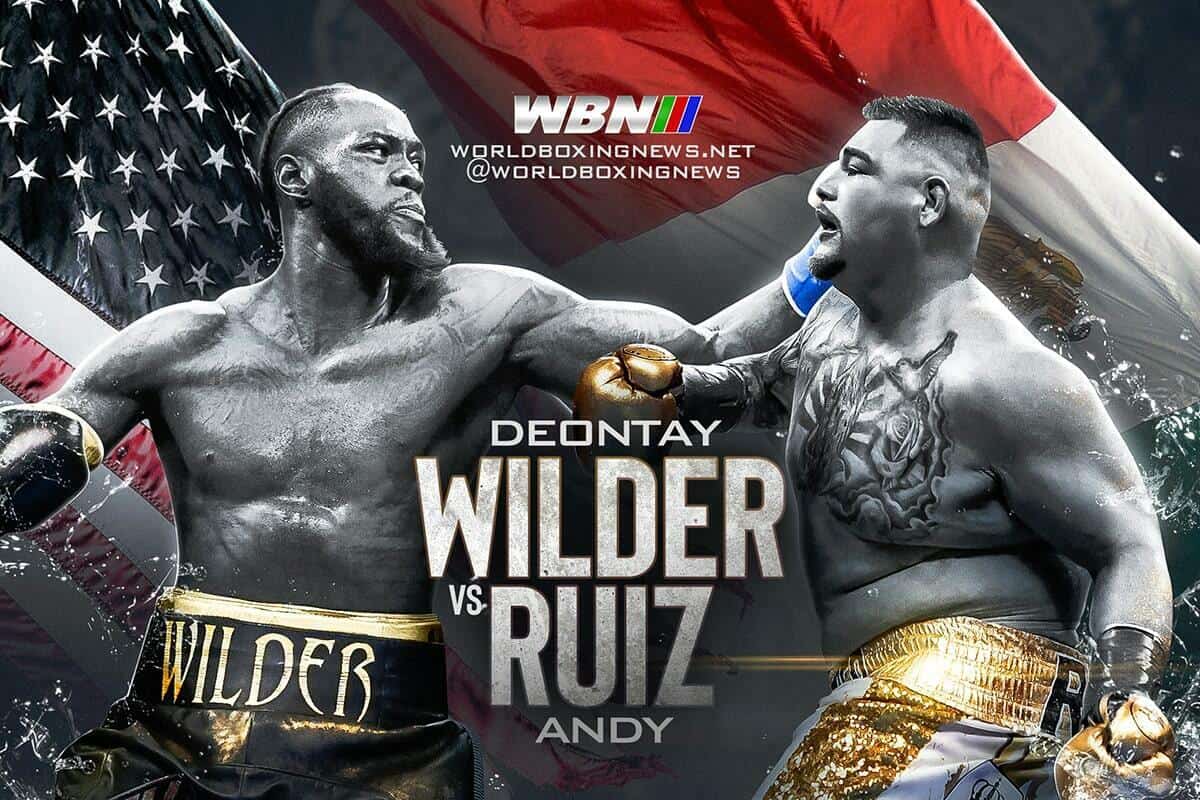 Built on snickers and the all-American dream, Andy Ruiz became the one-time champ with an outright demolition of long-time touted champion Anthony Joshua and, by doing so, became the first ever heavyweight champ of Mexican heritage.

A noticeable plumper Ruiz looked like he was fading into anonymity and become but a blip in boxing’s history by forfeiting his newly won belts in an immediate rematch. But a slimmed-down version of The Destroyer clawed back some respect with a win over contender-turned-gatekeeper Chris Arreola last May to put himself back into the mix.

Ruiz did announce in March his next opponent would be aging former Wilder victim Luis Ortiz in August after a match with ex-kickboxer Tyron Spong in Mexico fell through. Still, nevertheless, a fight between Ruiz and Wilder has been noted as one of interest by Matchroom promoter Eddie Hearn and which would be ranked as such for any spectator.

Perennial fringe contender Whyte had enjoyed a prolonged stay in the limelight and has long stalked Wilder, claiming the Alabama man is a coward or ducking the South Londoner and denying him a title tilt eventually got when he was short-circuited in six rounds by reigning division king Tyson Fury.

Wilder’s bizarre rant in which he refers to Whyte as “the scum between my toes” and insists the South Londoner “ain’t s*** to my toilet paper, that I flushed a year ago” would suggest that promoter Eddie Hearn will get the fight he says he loves too much.

Whyte has long hunted a match with Wilder, and the Brixton Body Snatcher’s marvelous ego will not want to see him go out on a loss, opening up the door for one last payday in the US or a final PPV stadium-filling fight in Britain. Both fit the bill as marquee names for UK television audiences.

All that’s left is for Whyte to “grow some balls,” according to Wilder.

The heavyweight with even more belts than Tyson Fury, Oleskandr Usyk, has faced a continuous killer’s row of champions and top-level contenders in their backyard since winning the WBO cruiserweight title from Krzysztof Głowacki in Poland in 2016.

Since unifying at cruiserweight, Usyk’s move north to heavyweight has been highly fruitful. After lackluster efforts against Chazz Witherspoon and Derek Chisora, the 35-year-old has found a groove that quietened doubters as to whether his elite skills would stand up to the heavyweight division and win over the most dangerous man in boxing would provide the ultimate test.

Usyk cut short his stay in war-ravaged Ukraine, to where he returned to honor his duty to defend his home nation, to begin training camp for a proposed rematch with Anthony Joshua, the man he outclassed for the titles over 12 rounds in London.

Perhaps two men at the opposite ends of the boxing spectrum as regards style and skill level, Wilder and Usyk would make for arguably the most intriguing matchup in the division and another string to the 35-year-old’s incredibly impressive bow.