It’s hard to take that Simiso Buthelezi is no longer with us. The South African hit the headlines for trying to punch thin air and sadly succumbed to devastating injuries.

The viral video, which many didn’t comprehend, hid darkness inside Buthelezi’s brain that nobody could have predicted at the time.

Buthelezi had just knocked his opponent through the ropes. He seemed fine for a split second and then lost his bearings. The aftermath is the worst nightmare for any family of any fighter.

He told SAFM Radio: “There’s no change in his condition. He’s in a coma. He’s not talking, moving or doing anything right now.

“The doctors say there could be a blood clot on the brain due to a blow to the head.

“This is very tough to take, especially for his family. Simiso just graduated two weeks ago from UniZulu in Zoology and Botany.

“The family can’t understand why this happened because Simiso has a bright future.

“Right now, we don’t even know if there’s a chance of a full recovery. Some have told us it’s 70-30. Seventy percent of making it.” 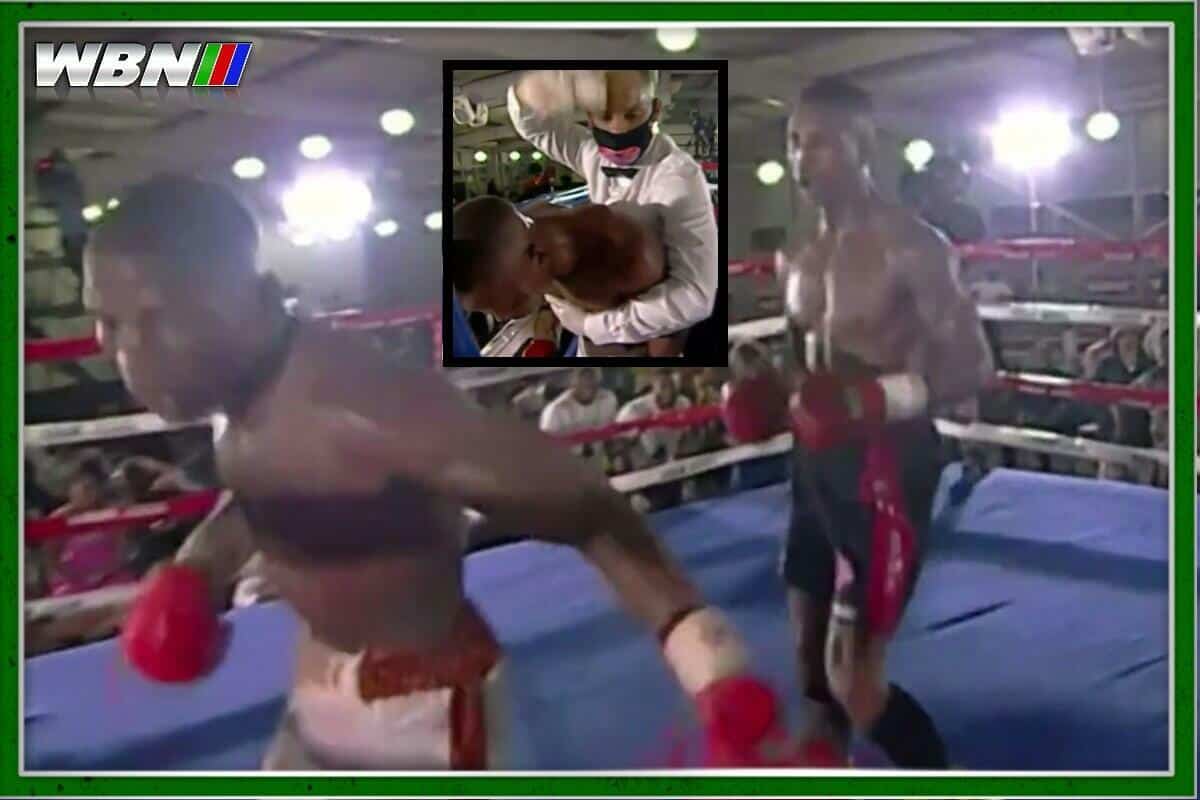 Boxing South Africa had the tough job of informing the media.

“It is with great sadness for Boxing South Africa and the Buthelezi family to announce the passing away of Mr. Simiso Buthelezi, who passed away last night, the 7th June 2022, at the hospital in Durban.

“On the 5th June 2022, Buthelezi participated in a Boxing Tournament hosted by Starline Boxing Promotions at Greyville, Durban.

“Towards the end of his bout, Mr. Buthelezi collapsed and was taken to hospital. It was discovered at the hospital that he suffered a brain injury resulting in internal bleeding.

“At the hospital, Mr. Buthelezi was given the best care possible, but he succumbed to the injury last night as aforesaid.

“The Buthelezi family and Boxing South Africa acknowledge warm words of condolences of the Minister of Sport, Arts, and Culture.

“The Buthelezi family and Boxing South Africa will, in due course, announce funeral arrangements.

“Boxing South Africa and the Buthelezi family wishes to request members of the public and the media to give them space while mourning the passing away of this great boxer who was exemplary both outside and inside the ring.”