The Jermall Charlo vs. Maciej Sulecki event, scheduled to take place Saturday, June 18, live on SHOWTIME from Toyota Center in Houston, has been postponed after Charlo suffered a back injury in training.

The card will be rescheduled to a new date that will be announced pending an assessment of when Charlo can return to training.

On Saturday, June 4, Elijah Pierce spoiled the hometown return of previously undefeated Jesse Garcia by scoring a third-round stoppage in their scheduled eight-round featherweight bout. After an even first round, Pierce took complete control. In round two, Pierce floored Garcia with a short right hook. Garcia was able to beat the count just as the bell rang. In round three, Pierce once again continued to punish Garcia and forced the referee to stop the bout, awarding a technical knockout victory to Pierce.

“I’m thankful to Jesse Garcia for being willing to step in the ring with me. He is a tough warrior. I want all the smoke in the division. I’m ready for and want all the big fights,” Pierce said after his victory.

Pierce is managed by Trifon Petrov and Jessie Tanksley and is currently a promotional free agent.

Elijah Pierce will be back in the ring on June 17 in Cleveland, Ohio. He is facing Joseph Ambo from the Philippines.

Derek Chisora and Kubrat Pulev will meet for a second time at The O2 in London on Saturday, July 9, live worldwide on DAZN (excluding Australia, New Zealand, Uzbekistan, and France).

The fight comes six years after their 12-round battle for the European Heavyweight Title at the Barclaycard Arena in Hamburg, Germany.

Bulgarian star Pulev (29-2, 14 KOs) came out on top on that occasion, winning a tough split decision that saw him progress in their IBF World Title Eliminator and claim the vacant European crown for the second time in his career.

Sadly, Chisora has lost most of them and was urged to retire after another defeat last time out.

Last month, he dominated Jerry Forrest to win a unanimous decision on the Sergey Kovalev vs. Tervel Pulev undercard at the Kia Forum in Inglewood, California. 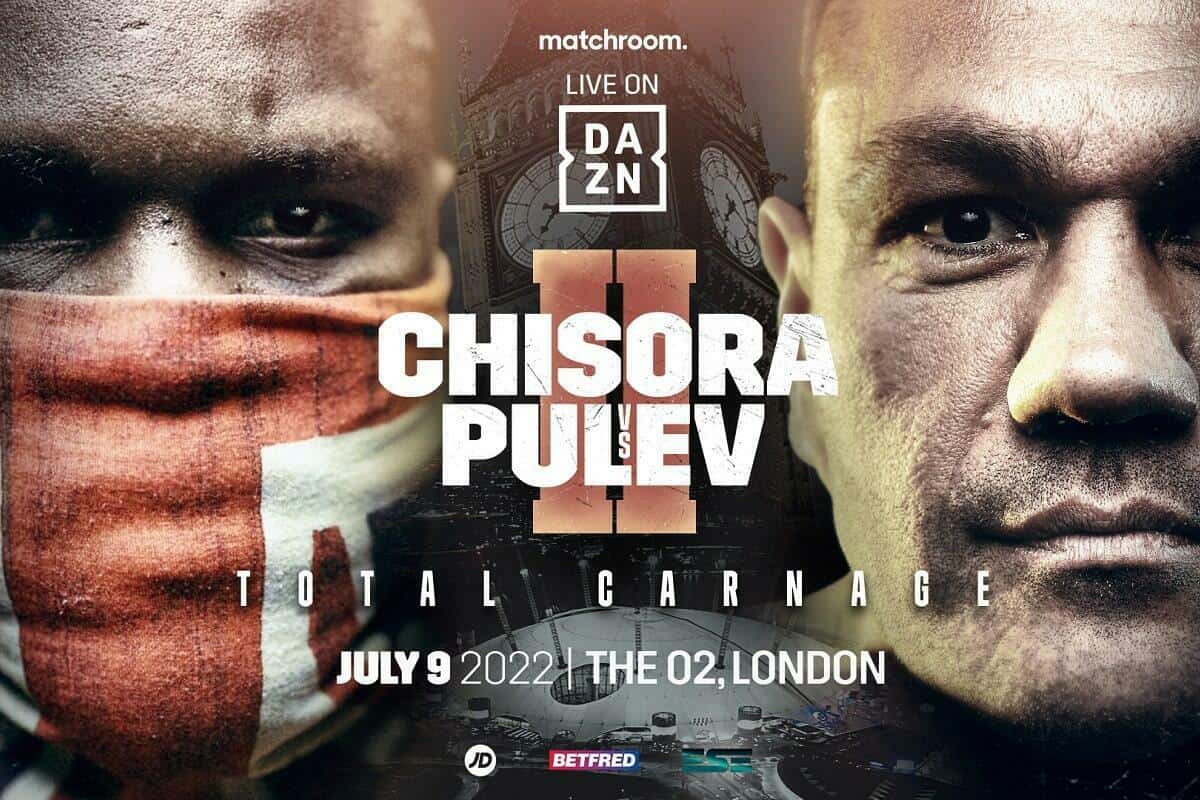 “I’m delighted to get this fight over the line,” said Matchroom Sport Chairman Eddie Hearn. “Initially, we worked on some other opponents for Derek, but this fight came out of nowhere a few days ago, and I love it!

“I think the strapline, ‘Total Carnage,’ is perfect for this fight, in terms of the build-up and the fight itself.

“Expect the unexpected but expect a thriller at The O2 on July 9. Both men have undoubtedly been longstanding fixtures of the World Heavyweight division.

“It’s all or nothing at The O2 for both, as defeat could lead to the end of the road. Fans can expect a huge undercard and a brilliant main event for another brilliant event live on DAZN.”

“This rematch between two of the Heavyweight division’s most exciting fighters is sure to be a sensational showdown that takes over The O2,” said Ed Breeze, EVP Rights at DAZN.

“We look forward to broadcasting this event to fans worldwide as part of a stacked. We are still growing the slate of can’t-miss fight nights all summer long on DAZN.”