“Mendoza has been at the organization’s event and has had the opportunity to participate in various activities, in addition to holding a meeting with the president of the IBF, Daryl Peoples, to discuss different issues concerning the current world boxing and continue working on different aspects for the discipline.

“The president of the pioneer organization has insisted that boxing needs unity and a joint action plan to continue growing and moving in the right direction. For this reason, he continues to strengthen ties with leaders and seek agreements that benefit the discipline.”

Previously, speaking to Sky Sports, Sulaiman had outlined the problem. 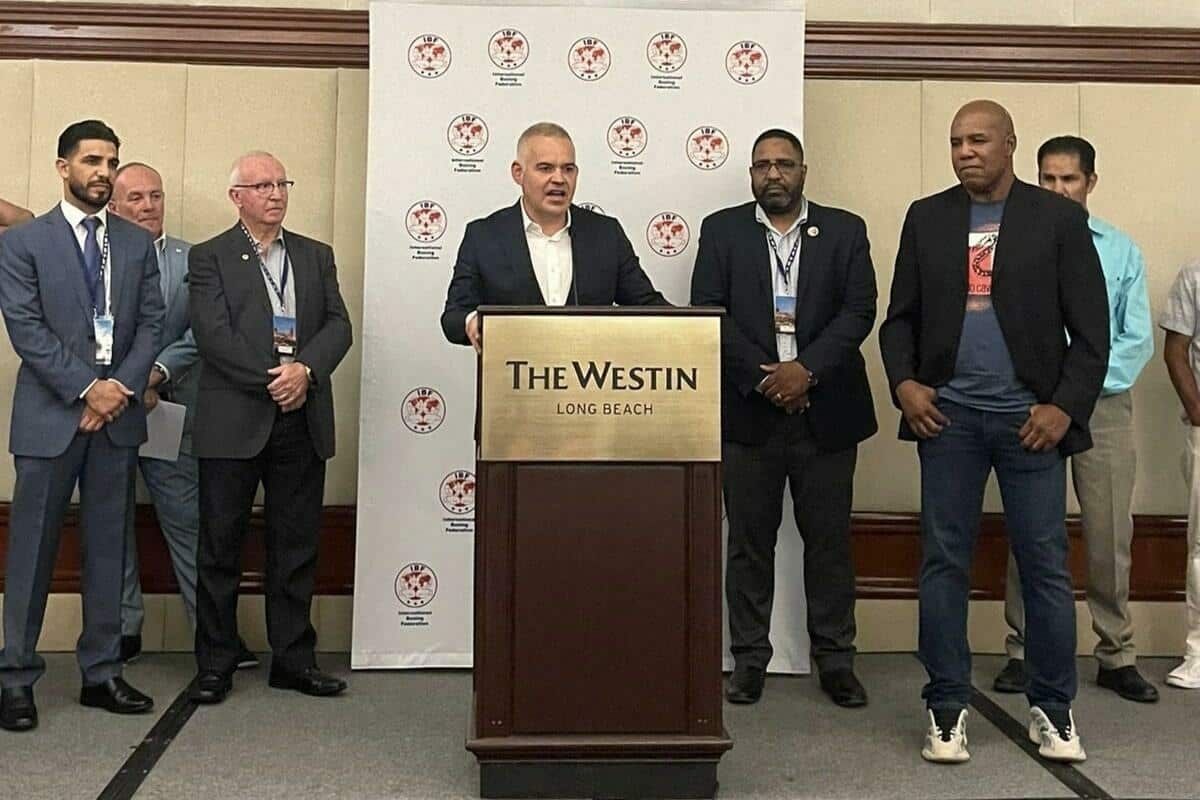 “For some strange reason, the WBA simply went out and ordered another fight. Now they have taken away the title from Josh Taylor, or Josh relinquished.

“Whichever may be, but it’s very unfortunate.

“We want to keep the mandatory unified champions. We want to have mandatory contenders that are of the highest level, but we will see what happens next.”

It’s not the first time Mendoza faced accusations of going off on his own tangent. The WBA did so again with the sanctioning of a heavyweight title eliminator.

Despite the secondary strap getting phased out, as promised by Mendoza, he confirmed Hughie Fury vs. Michael Hunter as a final eliminator.

This scenario only serves to prolong the belt being in circulation.