Ex-world champion Ricky Hatton is in tremendous shape ahead of his exhibition clash with Marco Antonio Barrera in Manchester on July 2nd.

Hatton battles the Mexican legend in a first outing for a decade, having lost a comeback against Vyacheslav Senchenko in 2012.

Bad memories of that night when Hatton officially hung up his gloves will get erased by a runaround with Barrera in the summer.

Hatton has shed at least 50 pounds for the contest to get close to his old fighting weight of 147 pounds.

“The Hitman” is delighted he can still boil down and says it’s helped his mental health.

“I never thought I’d get here again. Well, I have,” said Hatton proudly. 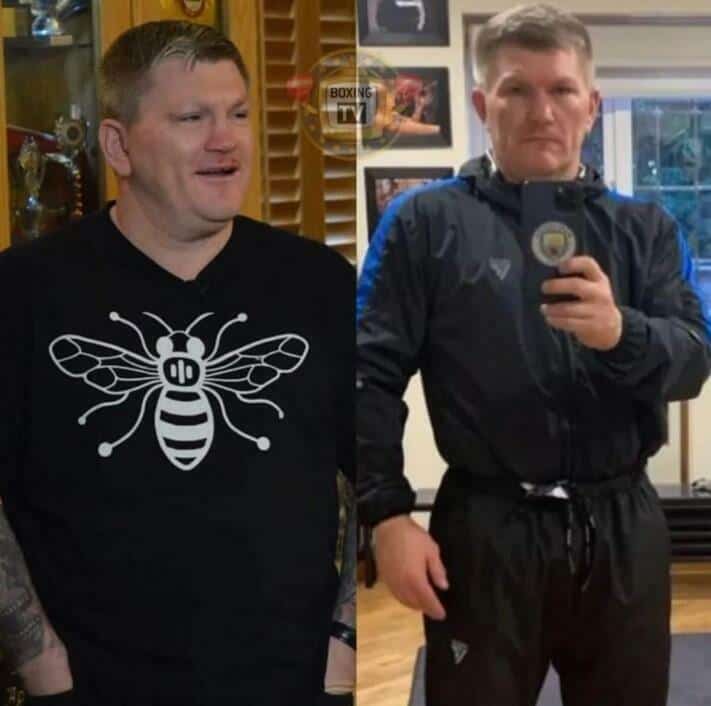 “The bad days don’t last forever. Only you can change it, and change it you can. Positive stuff every day. You can do it!

“It’s amazing what a bit of hard work and dedication can do with a bit of discipline with your diet.

“What you eat you can transform your body from one minute being a little crap haircut, chunky-fingered fat little [expletive]. To a proper dangerous and nasty fighting machine.”

Ricky Hatton is looking good. Keep it up!