Anthony Joshua has to avoid a contracted second fight with Oleksandr Usyk and try to land a super-fight with Deontay Wilder.

Recent confirmation that Wilder will return to the sport despite two straight losses to Tyson Fury opened the gates for the previously failed heavyweight battle.

In 2018, WBN was at the heart of negotiations from the side of Wilder as Shelly Finkel attempted to inform the British public of the mammoth task he faced trying to negotiate with Eddie Hearn.

To Finkel, it was clear he was getting the runaround from Hearn as he tried in vain to bend over backward and give AJ nowhere else to go. Wilder accepted all the terms, most of which favored Joshua.

Still, the fight didn’t get made as Hearn and AJ used a WBA mandatory excuse that was never in play. Had Hearn and AJ asked for an exception, the WBA explained to World Boxing News that they would have accepted it. They didn’t ask and walked away from the Wilder fight.

Fast forward four years, and both are in the same boat, on the back of defeats to two of the world’s best top division stars. Therefore, now is the time to get it on, not after either suffers another loss.

Joshua is currently negotiating with Usyk for his contract stipulation of a redemption attempt. This scenario comes after Usyk dominated Joshua to take his titles at Tottenham Stadium last year.

Even in the UK, bookmakers don’t favor Joshua getting his belts back despite changes to his coaching staff.

As for Wilder, his future is clear once again. He recently confirmed his comeback by unveiling a statue in his honor outside the Tuscaloosa Visitor Center.

“The Bronze Bomber” has several options open to him for a warm-up. However, at the age of 36 and close to 37, the next time he graces the ring, many say Wilder has to strike while the iron is hot. 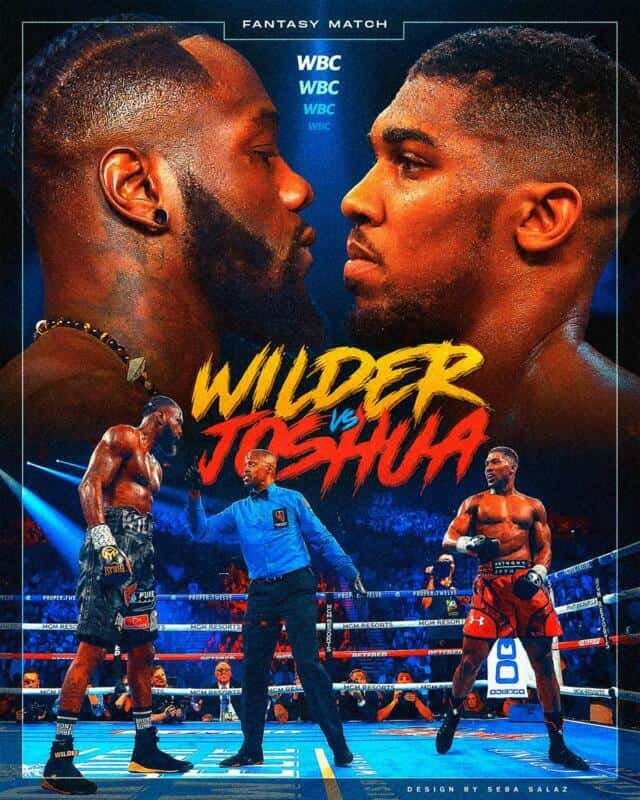 Al Haymon wants to pit Wilder vs. Andy Ruiz Jr. on Pay Pay View by year-end. There’s no reason why Wilder couldn’t face Joshua in the late summer before the winner then takes on Ruiz.

It’s now up to Wilder and Joshua’s teams to make the first move. The fight is a long time in the making and remains one of the top fights in the world, provided promoters move quickly.

If they don’t, Joshua will likely get defeated again to Usyk – maybe even knocked out this time – ending the Pay Per View blockbuster entirely.

There aren’t many events with the same razzmatazz that a Wilder vs. Joshua headliner could generate – even without a title involved.

If anyone has learned anything over the years, it’s not to wait until a fight hits the expiration date. You only have to look at Amir Khan vs. Kell Brook or Canelo vs. GGG III.

Let’s get Deontay Wilder vs. Anthony Joshua over the line now and leave Usyk free for a mandatory defense. The winner facing Ruiz Jr. for a title opportunity undoubtedly makes a lot more sense to everyone.