Gennadiy Golovkin expressed his desire to World Boxing News more than once about facing Floyd Mayweather in a super-fight.

Golovkin is preparing for another super-fight against Canelo in 2022. However, he never managed to land the fight he wanted against the elusive Mayweather.

When GGG was bulldozing every opponent on his way to a middleweight record of title defenses, WBN was in regular contact with his team.

The four-time WBN Fighter of the Year used the WBN platform in his bid to get a message to Mayweather on many occasions.

He could make 154, and Floyd Mayweather was his ultimate target. Sadly, it never happened.

Mayweather had previously confirmed that completing his lucrative Showtime contract would bring down the curtain on his stellar career in 2015 as Golovkin made headlines.

By 2016, Golovkin was at the peak of his powers. He wanted the ‘Money’ man to return for a mammoth paycheck.

Amazingly, Mayweather stayed true to his word, having fought Andre Berto in his MGM Grand swansong.

Even after the Berto fight was done and Mayweather walked away, the Kazakh was still willing to boil himself down to 153 or 154lbs.

According to trainer Abel Sanchez, issues remained on making the weight very safely – in his estimation. 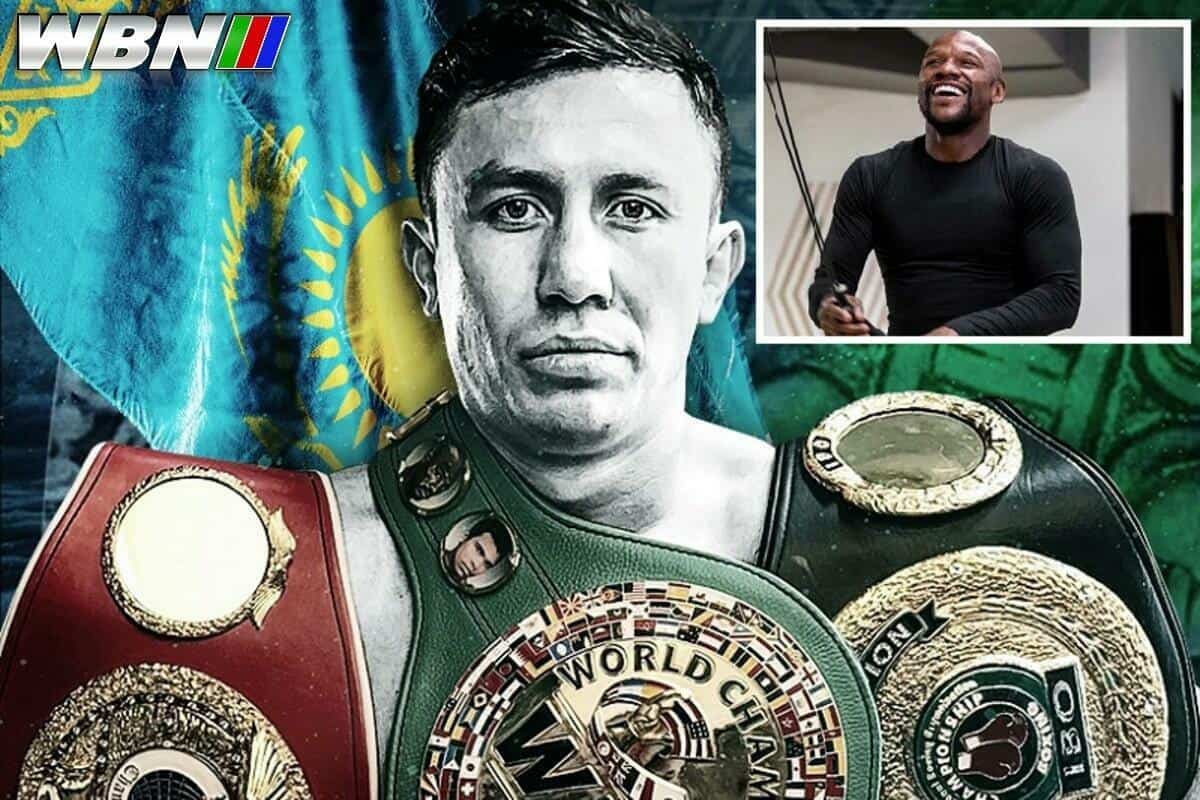 Golovkin wanted to challenge Mayweather for his pound-for-pound crown. He was confident that he could add the American to his impressive list of knockouts.

At the time, the middleweight king had claimed 20 straight knockouts. So no wonder Mayweather didn’t take up that option.

If Mayweather returned for a half-century of wins, looking down the list of the best around would have meant he looked no further than GGG.

Back then, some even placed Mayweather as the underdog in that fight. Something not experienced by the boxing legend for some time

Those who wanted to see Amir Khan get the 50th fight would merely dig up the possibility of another letdown. It proved to be.

For his part, Golovkin offered that element of excitement throughout as it could only take one punch from the 90 percent KO artist to end it all.

Mayweather vs. GGG promised to be a Pay Per View bonanza.

But even saying that – Golovkin had the tools to break other opponents down bit by bit. There would have been significant questions to boost those PPV numbers, given Mayweather’s condition.

Mayweather was open to being tagged plenty by a much bigger man at his age. He would have some style tweaking to avoid what’s coming his way.

Mayweather being the savvy businessman he is, the risks far outweighed the reward.

That’s even with the weight issue. Golovkin is a fully-fledged 160lber. Going down six or seven pounds for the first time in his entire professional career may have had damaging repercussions.

But that could have been another reason why Mayweather would fancy the job though and take on the momentous task.

It would certainly make it considerably more challenging for people to argue with the former Olympic silver medallist.

He calls himself ‘The Best Ever.’ Therefore, dominating that generation’s best middleweight (Canelo was a 154 pounder back then) in Golovkin was a legacy enhancer.

Ultimately, doing what he did so emphatically to Manny Pacquiao would be an even better feat.

Fans always want the best to fight best. The smart money was on Mayweather choosing a far lesser name. He went out with a whimper against Berto.

Mayweather missed the chance to silence even those most staunch doubters about his greatness.

There would undoubtedly have been no more questions to answer if he could have pulled off the victory in his twilight years against Golovkin.