Boxing in 2022 is unrecognizable from where it was a mere decade ago. Who’d have guessed a 2017 Floyd Mayweather vs. Conor McGregor exhibition would send it down a rabbit hole.

Back in 2010, our sport was a sublime sport where the only problem we had was when Mayweather was going to fight Manny Pacquiao.

It was a far simpler time.

Gripes about too many belts and judges scoring were all just part of the bar or pub’s daily argument. Nothing created an unbearable stench as it does now.

Pugilism as a top sport is on a downward spiral fast. It may not be dead yet, as some people like to assume, but it’s certainly on its way to taking the final breath.

The way it gets treated by some fly-by-night people who drift in and out of the sport is detrimental, to say the least.

Rising events featuring no boxing talent are beginning to rise about the middle-of-the-road events. And small hall shows are an endangered species.

Nothing is a sadder sight than watching boxing pillaged by talentless ‘celebrities’ and opportunists who believe they can put on a pair of gloves, call themselves a boxer, and fight on Pay Per View.

But that’s the situation we find ourselves in, and it is by far the worst act of vandalism happening to our sport right now.

Opportunist promoters are entering boxing with ease, selling tickets and PPVs off the back of a substandard product.

Even the great Mike Tyson is guilty of doing it, as Floyd Mayweather had already done in the past.

In 2020, Tyson vs. Roy Jones Jr. was a tremendous reminiscing exercise. But the actual fight itself was poor – as was Mayweather vs. Conor McGregor in 2017.

The latter was a complete shambles of a contest. There’s no evidence that any exhibition-type event will win a Fight of the Year Award anytime soon.

Nonetheless, promoters are charging Fight of the Year prices. 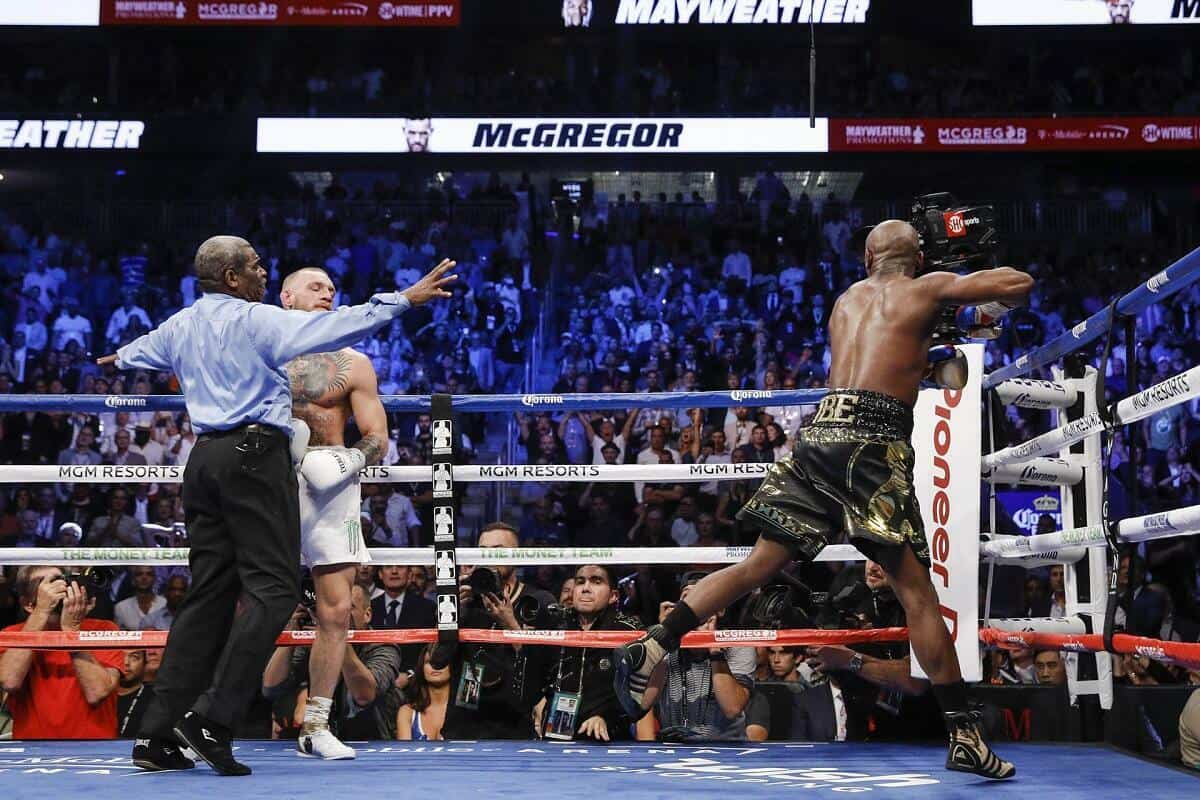 Some of the biggest names to lace up the leather are doing it sets a bad example.

Mike should stay away, content that he danced one last time and made a heap of money. Again and again, doing it is a disservice to those willing to pay for it.

Mayweather vs. Tenshin is yet another example. Floyd beat the sweat of a more petite guy and got paid $10 million for it.

Floyd started it all and startlingly got linked with a rematch against McGregor on a cruise ship in 2021. Reports surfaced despite the fact McGregor was tucked into bed by Dustin Poirier.

Just because McGregor is a name, did that give him the right to make tens of millions of dollars for another beatdown at the hands of Mayweather? – Apparently, so.

Mayweather annihilated McGregor – it wasn’t even a fight. But they unbelievably sold over four million PPVs.

That’s where it all began. Since then, everyone who has any platform wants a piece of the pie. It’s easy money if you have that fanbase.

Those examples like Mayweather vs. McGregor should be one-off engagements once a fighter retires. A sort of testimonial and final opportunity to earn some decent cash.

The way things are going now, these so-called exhibitions – those where Mayweather takes on a ‘celebrity’ will take away from the lower boxing levels.

Nobody will want to go to a small hall show and see a younger up-and-coming fighter when they can pay $20 to see a vlogger get his face beaten to a pulp. 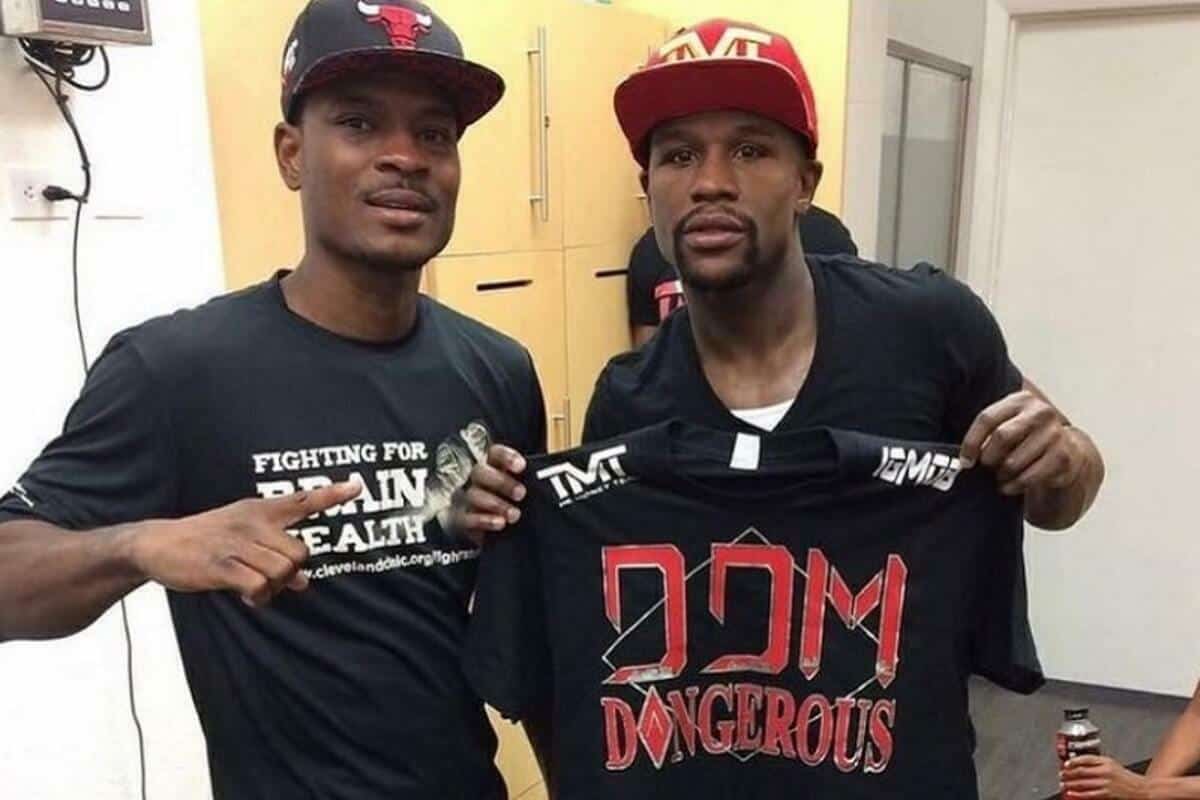 That’s where our future is heading.

Mayweather vs. Don Moore recently was what anyone putting on an exhibition should make it – a fun night.

Too many YouTubers are serious about their ambitions despite zero talent and no chance of beating any top stars.

The only way to stop is by the demand waning. At this point, that doesn’t seem likely in the generation of the internet and social media.

We’ve got a whole new breed of boxing fans. They no longer show interest in a pure boxer who works his way up and ultimately shows grit and determination to claim a world title eventually.

They want a YouTuber who plays video games all day and has a podcast where he talks nothing but hot air empty of anything of note going on in the world.

They’ll watch him play his video games, watch him on his podcast and then buy a ticket to see him face a retired boxer half his size, hoping that he can land a shot and make more of a name for his social channel.

There’s no intention of building a record or winning any championship. It’s purely to make money and gain more followers.

Boxing is fleeced by many for Pay Per Views. That’s what we are witnessing in this day and age.

The unfortunate thing is that it’s not about to change anytime soon. It’s only going to get worse. Let’s be clear, that’s not Floyd Mayweather’s fault.

Mayweather intended to bring two codes together, and he did just that. His exhibitions will hopefully remain fun from now on.

Those opportunists who come afterward threaten the very fabric of boxing.

The situation could take the death of a vlogger to rectify. Imagine the uproar if someone gets seriously hurt playing boxing.

Then, maybe they will note how dangerous this practice is to anyone throwing punches with intention but no skills.

A fight has always been worth a watch to anyone. If you see one in the street, you watch. Simple as that.

But they are diluting a great sport where the best warriors around duke it out to see who is the best will only take away pugilism’s true greatness.

Once boxing has been milked dry by those who show no respect for the art, we’ll be the ones who have to pick it back up.