Errol Spence Jr. and Terence Crawford will fight it out in an undisputed welterweight unification in 2022. That’s the view of one of the fighters.

Crawford says he’s one hundred percent confident that the anticipated battle will go ahead in the coming months.

It’s no secret that Al Haymon is eyeing a massive Pay Per View between the pair, potentially in Las Vegas.

Speaking to Shawn Porter, the man he just beat, on The Porter Way Podcast, Crawford said: “I’m excited about it, man, I just can’t wait until the contract gets signed and I get to go to training camp.

“Just picturing myself walking down that aisle to put on a great show.

“Because I know me. And I’ve been waiting for this moment all my life – to show everybody that doubts me who Terence Crawford is.

Crawford added on the fight happening in 2022: “I’m always 100 percent confident. This year.

“I meant what I said, once I beat Spence, if Jermell Charlo doesn’t move up, I’m coming for him. I heard he won. Congratulations to Charlo, but he’s on my hitlist.

“I’ve got two people on my hitlist, Spence first and then Jermell.” 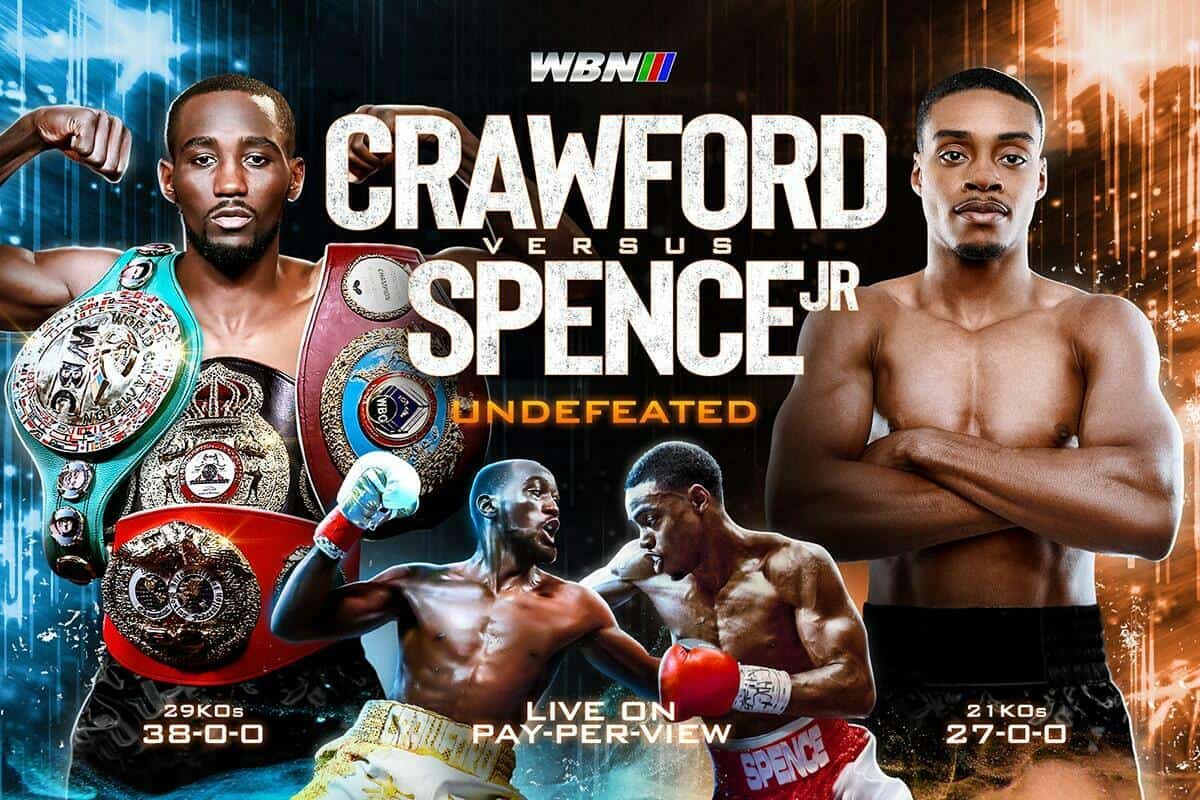 After defeating Yordenis Ugas, WBC, IBF, and WBA ruler Spence are on the same page as his rival.

Spence added on what the fight represents: “It’s a huge fight for both of us. I don’t see any stumbling blocks. I want it. He wants it.

“I got three belts. He got one belt. That’s the only belt I need to become the undisputed welterweight champion of the world.

“That’s been something I’ve been very adamant about doing, so we’re gonna get it done.”