Canelo Alvarez’s loss to Russian Dimitry Bivol tarnished the Mexican’s near-perfect record, and it was immediately thought that there would be a rematch. Still, it is unknown whether the Mexican will go up or the Russian will go down, but the joke is that they want another showdown.

If this fight happens, it is a good idea to use this betway voucher code to bet on this fight or any other fight. Here you can find the best betting odds and sites to do so.

Will Canelo’s legacy be ruined?

Experts say that the legacy of the Canelo boxer is probably married, that aura of invisibility seems to be gone, and boxing him now is not as attractive as it used to be. But they don’t mention that Canelo suffered a lot when he moved up to fight the Russian.

He looked slower than usual and heavier; he didn’t fight badly, but it was not his weight, and the reach of the Russian boxer affected him a lot. He never let him do that explosive boxing that characterizes him so much. His punch was not so devastating because of that weight change.

The best pound-for-pound fighter in the world will surely not let this stand and is likely to ask for a rematch because, as his career indicates, he never leaves things unfinished. Besides, the public will be asking him to prove that he can fight Bivol.

But there is an important factor that may make Alvarez decide to fight another contender, and that is that the pay-per-view sales of his fight were not what he expected. At the end of the day, this is a business, and if it doesn’t generate enough money, a fight with Bivol won’t be attractive.

Experts like Tim Bradley have recommended that Canelo wait until 2023 for a rematch. While he can find opponents to tune him up for a rematch that is likely to generate more buzz, and improve pay-per-view sales, doing it immediately may be counterproductive.

There is talk that maybe before asking Bivol for a rematch, he will fight someone he can beat or at least regain confidence, and several media outlets say that Gennady Golovkin would be the one.

But perhaps GGG no longer wants to expose himself and would not like to serve as a sparring partner for Canelo to regain confidence.

Mexican-American David Benavidez is clamoring to face Canelo. He has repeatedly stated that he is afraid of him because of the Mexican’s constant refusal to step into the ring with him. 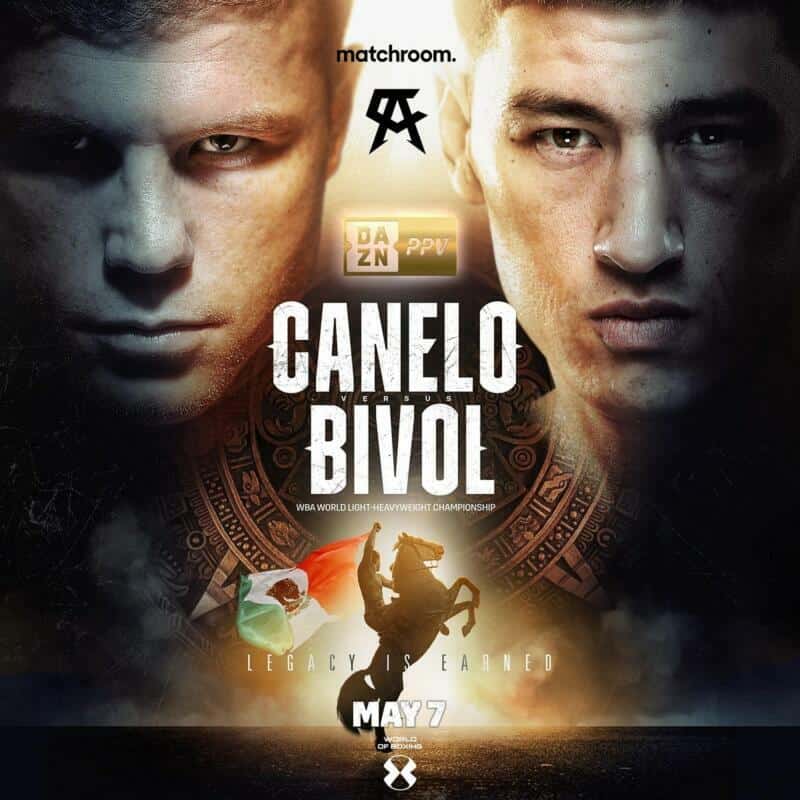 Benavidez defeated David Lemieux to win the WBC interim title, and this puts him as the natural contender for Canelo, as he would challenge him for the belt. But the Mexican has already stated he will not face him at 168lbs.

Benavidez is bigger than Alvarez, and this type of fighter has been shown to be indigestible to Canelo. Perhaps for the moment, he would not want to fight someone similar to the one who handed him his second career defeat.

Will Bivol want to?

The other issue is what the Russian fighter thinks: he is happy at 175 pounds, and I don’t think he wants to go into 168 territory, where Canelo is unbeatable. Before their fight, Bivol saw no problem in going down to 168 or 171, but it was the Mexican who said no. He wanted a challenge.

Indeed Bivol will accept a rematch, but he won’t go that low, maybe 171, middle ground. If the rematch is not agreed upon immediately, he will indeed fight the winner of the Beterbiev-Smith fight. Still, Canelo would not want to lose the opportunity to beat him directly.

There are many things on the table right now. Immediate rematch [not due to Canelo vs. GGG 3]? Both fights before? 160 or 175? Canelo vs. Benavidez? Well, it’s still early days. The Mexican’s defeat opened an unexpected page in this story, and it will be fascinating to see what happens.