Tyson Fury could set a world record for the shortest heavyweight title reign in history if he becomes undisputed champion in 2022.

‘The Gypsy King” remains linked to facing the winner of a rematch between Oleksandr Usyk and Anthony Joshua despite offering his retirement last month.

And due to the controversy surrounding the last time Fury held the unified heavyweight title, the WBC ruler may not have all the straps for long.

On several occasions in the past, Fury has vowed to discard the IBF belt instantly if he wins it.

Fury defeated Wladimir Klitschko in 2015 for the majority of top division trinkets. All except the WBC he now holds. But within days of his impressive victory in Germany, the IBF was on his back about a mandatory.

However, there was no intention to negate the contracted return with Klitschko at the time, leading to the IBF irking Fury and his team.

Asif Vali, who worked with Amir Khan and Team Fury back in December 2015, spoke exclusively to World Boxing News back then.

He said: “I’m sure Mick Hennessy and Peter Fury will speak to Lindsey Tucker (former IBF Chairman until 2018) on this. They will discuss it. They know it’s unfair that they should strip him straight away when he’s not had a chance.

“A contract is a contract, which was also a promotional agreement. We wouldn’t have even had the IBF belt or any other world titles if we hadn’t agreed to Klitschko’s demand (an immediate rematch).”

WBN then asked Tucker for his view on the matter. He pointed to the IBF’s rule 3B for the second time in succession.

“The mandatory takes priority over the rematch. Rule 3B Return Bout states, “No contract for a Championship contest shall contain any clause or provision – whatsoever.

“Guaranteeing or in any way assuring or promising either contestant a return Championship contest where such clause or provision interferes with the mandatory defense of the title.”

In a further update, the IBF then declared the title vacant, shocking Fury.

They said: “Wladimir Klitschko has exercised his right to the contractual option agreed upon between himself and Tyson Fury for an immediate rematch.

“Thus, rendering Tyson Fury unable to make a mandatory defense of the IBF title next.

“The direct rematch between Wladimir Klitschko and Tyson Fury interferes with the mandatory defense of the IBF Heavyweight title. It violates Rule 3.B. of the IBF/USBA Rules Governing Championship Contests.

“Consequently, the title has been vacated in accordance to Rule 3.C.2. of the IBF/USBA Rules Governing Championship Contests, which states: “Upon violation of this Rule, the Championship involved shall forthwith be declared vacant.” 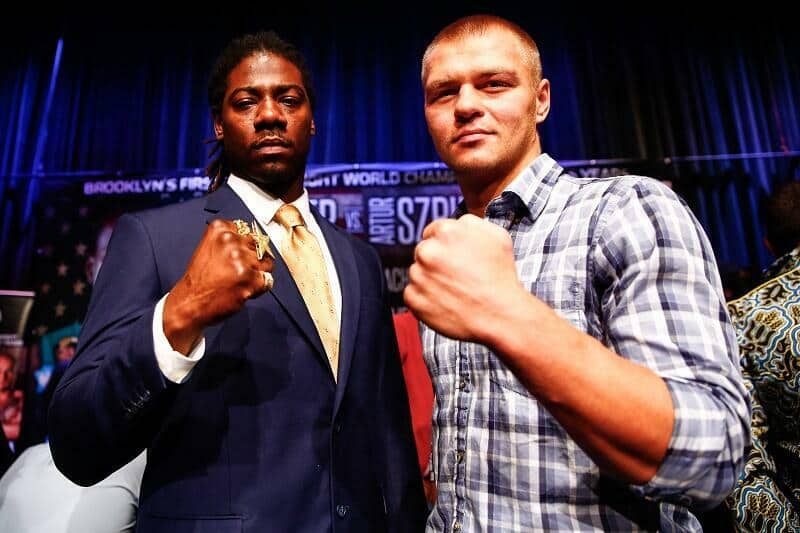 Kathy Duva, who was lobbying for her fighter Vyacheslav Glazkov to get his opportunity as the number one contender, told WBN: “My thoughts are that the IBF’s press release makes it clear.

“And that the Fury people should not have been surprised. The IBF typically follows their rules to the letter.”

Fury declared his intention to never work with or fight for the IBF again during the aftermath. Therefore, Fury has one of two options.

He can decline to pay the sanctioning fee altogether but won’t be able to become undisputed if he wins. But more likely, promoter Frank Warren will persuade him to contest the strap to make the clash a historic undisputed battle.

If he wins it, there’s no doubt that Fury will bin it instantaneously.

When showing off the belts he owns in his home (which are all of them), Fury has continued his dislike for the IBF.

“I’ve got that s— one (IBF) there as well. I hide it,” Fury pointed out, making it evident that the animosity remains ongoing.

At the beginning of his spiral into drink and depression, the heavyweight star eventually dropped all his titles.

He made an emotional statement in 2016 when nobody knew the pain Fury was going through.

“I won the titles in the ring. I believe that I should only lose them inside the ring. But I’m unable to defend them at this time.

“I have taken the hard and emotional decision to now officially vacate my treasured world titles,” said the champion.

It all means when the dust settles on Fury vs. Usyk/Joshua, the IBF belt will be up in the air, at the very least.

Once Fury sets off into the sunset, the top division will open up again. A flood of new up-and-coming contenders will undoubtedly be giving chase.