Buatsi knew what he was up against a veteran like Richards. It would be a tough fight in which his opponent would stand toe to toe and make the night difficult for the 29-year-old fighter.

It was a bout with many exchanges and great moments worthy of a star fight of a big event like the one organized by Matchroom Boxing. Buatsi proved he was up for the challenge and was able to overcome a great opponent.

Buatsi is now the number one contender for Dmitry Bivol’s WBA light-heavyweight title.

The news that Canelo Alvarez is facing Gennadiy Golovkin again frees Bivol up to give Buatsi his earned shot. 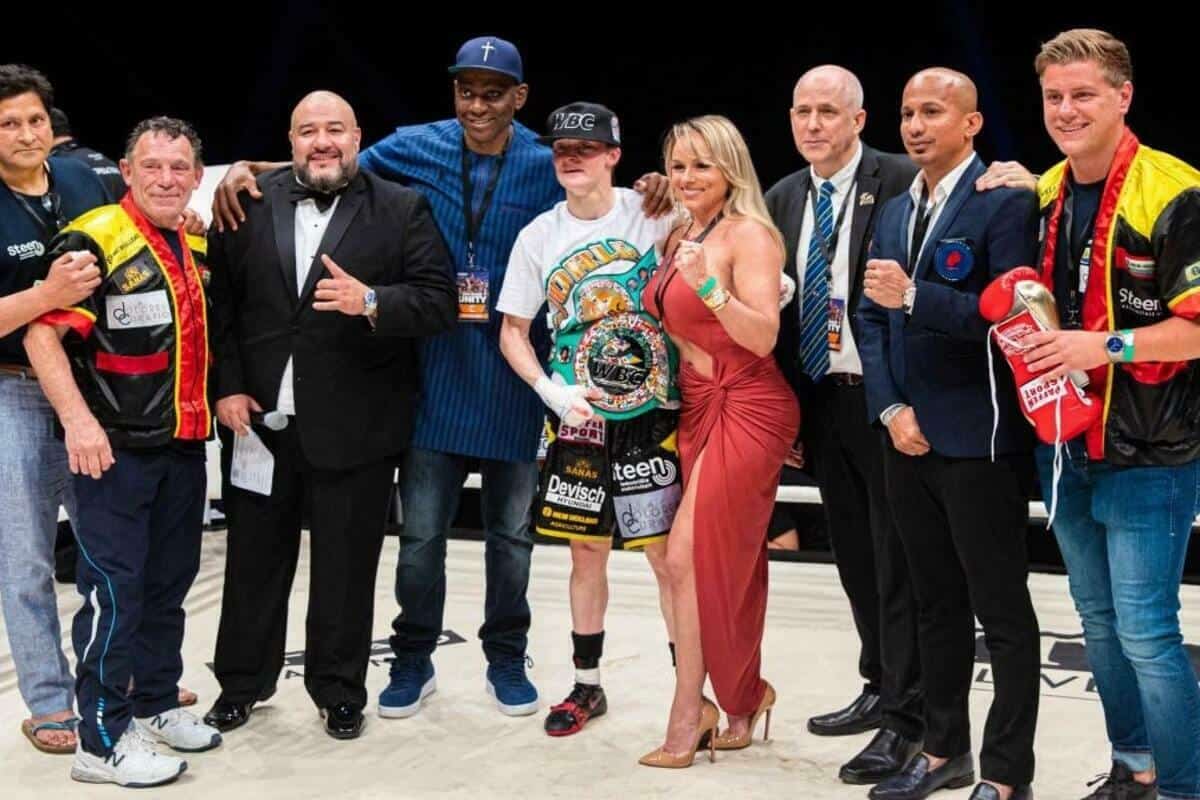 Floyd Mayweather topped the bill in an exhibition bout.

The fight was initially scheduled for last weekend but faced a delay. The event got postponed in respect following the death of United Arab Emirates President Khalifa bin Zayed Al Nahyan.

The government declared “official mourning” for 40 days and three days of suspension of work activities.

Delfine defined herself, showing her greatest experience, dominating on the Judges’ scorecards.

This victory of the Belgian champion, who also works as a police officer in her country, put her in a great position to fight soon for the WBC world title.