The US-based Russian, who reigned as unified light-heavyweight ruler before losing to Andre Ward, and eventually, Canelo, is campaigning at the higher weight class.

In his first venture to 200 pounds, the three-time 175 titleholder put a 31-month layoff behind him.

Working behind his trademark piston-like jab, Kovalev would control most of the action throughout the fight against the frustrated Pulev.

The middle rounds saw him utilize heavy-handed combinations to batter the valiant Pulev, who did his best to counter.

Trainer Buddy McGirt exhorted Kovalev between rounds to stick to the game plan and use the proper distance when working off the jab, which his charge followed perfectly towards the wide decision.

After the victory,  Kovalev revealed his blueprint for a title shot.

“I’m just going to keep in shape after this fight. We’ll rest for one week and then get back in the gym.

“I worried how it was going to be in the fight. Of course, there was some ring rust.

“Without boxing at a high level for over a year, my body doesn’t like this. I want to fight every three or four months.

“The plan was to use the jab and distance. But I felt like I didn’t have enough energy in my body.

“I think it would be at a higher level in my next fight. Give me one more fight, and I’ll be ready for a world title opportunity.” 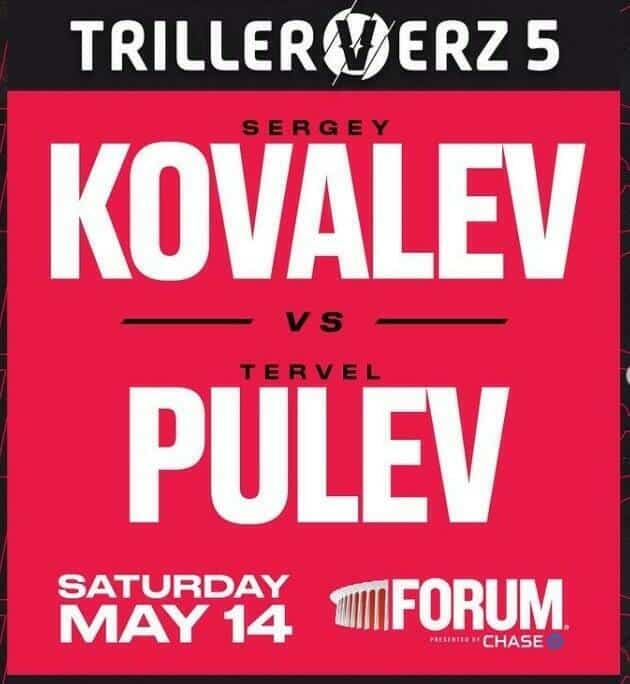 Two-time heavyweight world title challenger Kubrat “The Cobra’ Pulev did what his younger brother couldn’t manage against Kovalev in the co-feature.

Pulev controlled the pace from the outset of the ten-rounder, using a stiff jab and powerful right hands to hurt the defensive-minded Forrest.

Forresttemporarily turned the tide in the third round,d landing a huge left hand on Pulev’s temple.

The fourth round saw Forrest rocked twice from huge right hands from Pulev.

Although the valiant Forrest would have his moments sporadically throughout the fight, Pulev racked up rounds. His right hand did an endless amount of damage with a one-two combination.

“I’ve had a lot of fights during my career as an amateur and professional that prepared me for Forrest.

“He was not fighting clean, using his head throughout the fight,” said the victorious Pulev.

“I want a better opponent next time, a top ten fighter. I want to be a world champion.”