The heavyweight boxing weight class has long had the tag ‘The Glamour Division’ but hasn’t had one sole champion ruling since Lennox Lewis retired.

Even then, Lewis had to explain himself as the champion due to the emergence of the World Boxing Organization.

When Lewis won the crown, the IBO got looked at higher than the WBO. But since the WBO overtook the IBO, confusion reigned over the Briton.

Before Lewis, there was Evander Holyfield and briefly James “Buster” Douglas. Before that, “Iron” Mike Tyson rule the world.

Tyson tore up the division during the 1980s and became the first of the three-belt era in 1987.

Once again, we have four belts, making the feat much more difficult to achieve. As the Klitschko brothers strangled the top division during the 2000s and would never fight each other, the weight class got stifled from ever being able to become fully unified.

Along came Tyson Fury. “The Gypsy King” blew the division apart three years after Vitali retired, leaving Wladimir just one step away from achieving the goal.

A talked-about fight between Wladimir and Deontay Wilder in 2016 would have crowned one sole champion. However, Fury left the possibility dead before fragmenting the titles.

Rival Anthony Joshua mopped up his leftovers and eventually pulled Fury’s belts back together by 2018. Unfortunately, when Wilder came knocking on the Londoner’s door, AJ didn’t want to accept the fight.

It’s now down to Oleksandr Usyk and whoever holds the WBC strap to get it on and bring heavyweight class into the new era with one ruler. 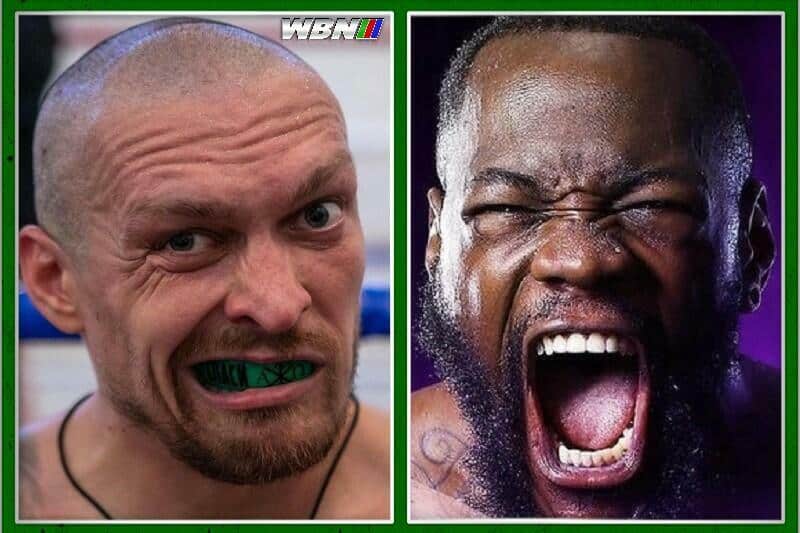 And how do we get to that point?

Usyk has to defeat Joshua again when they meet in the summer. The Ukrainian is a hot favorite to do just that. Then, we need Fury to decide his immediate future so that the World Boxing Council does not get held to ransom for long.

Once Usyk clears Joshua and the WBC title is back in the hands of an active fighter, fans could have the opportunity to witness one lineal titleholder with all the marbles.

A sideshow fight featuring Trevor Bryan and Daniel Dubois for the lesser WBA secondary belt is the only roadblock. We could then have a potential collision between Usyk and the new WBC champion in 2023.

Usyk could get ordered to fight the winner of Bryan vs. Dubois. Simultaneously, the WBC also set the wheels moving on a potential tournament for their vacant strap.

Once those three things get handled, boxing could see the fight Wilder, Joshua, and Fury failed to secure. In an ironic twist, Wilder could yet be involved.

If he wins the vacant WBC title as the number one contender, his first port of call before anything else would certainly be Usyk. We may well see a fight between two of the slightest heavyweight champions for some time transpire for the sport’s greatest prize.