Butterbean Eric Esch holds cult status in the sport. Many years into his retirement, WBN remembers the extraordinary career of ‘The King of the Four Rounders.’

With 20 victories in the first round alone, Butterbean only went past the four-round distance once. Who was that opponent? – The great Larry Holmes.

It was 53-year-old Holmes’ last bout when he defeated Butterbean over ten rounds in 2002.

Enjoying a colorful career, Esch was a fan favorite who consistently banged out his opponents and produced excitement.

In the ilk of the late Kimbo Slice during his boxing run, Esch put bums on seats despite punters knowing the fight could end in a second.

Towards the end, and like so many loved punchers before him, Butterbean continued too long.

Losing to Mitchell Rose in 48 seconds at the start of his tenure, Billy Zumbrun inflicted a second in 2001 after three draws stuffed inside a host of highlight-reel stoppages.

Holmes represented the third defeat before things began to turn for Esch as he approached his 40s. 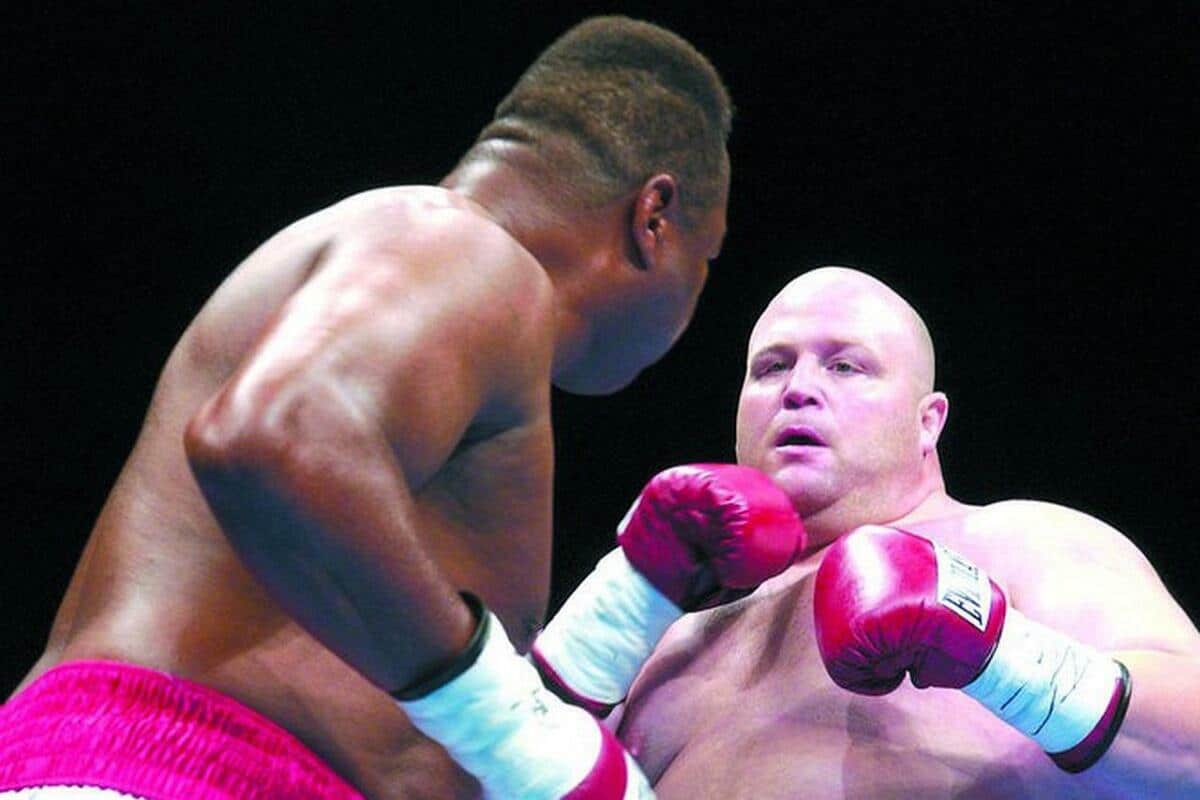 Winding down his career, Butterbean scored just one win in six and suffered three more losses between 2005 and 2006.

The dip in form coincided with Esch plucking out some lesser opposition to get himself back on track with three straight knockouts.

Until 2007, Butterbean chose to go out on top with victory over Joe Sicili in a dignified move. It didn’t last.

Two years on, and the comeback was on. Sadly for Esch, he had nothing left. Years of mixing K1 with WWE and Pride on top of his boxing career had taken their toll.

Harry Funmaker didn’t live up to his name for Butterbean and gained a split decision to make it eight defeats for the American legend.

Over two years away, Esch was back again, suffering another reverse to Curt Allen in Elizabeth.

Staying away another 17 months, Butterbean gave it what proved to be one more go at 46.

Heading down to Australia, the cult figure pulled out of a clash with Kirk Lawton after the second round. He cited a shoulder complaint.

This scenario handed underdog Lawton an unlikely win. Aussie Lawton had only fought twice professionally and was only five years younger than Esch.

Lawton was fighting in his hometown of Newcastle at the Entertainment Centre. The crowd favorite had won and lost in his previous contests.

As it turned out, he only fought once more after his most famous triumph.

Looking bloated, even by his standards, Esch labored through his last outing and finally realized that the time to back away from the sport had arrived.

The entertaining slugger hung up his gloves with a 77-10-4 record.

Thankfully, Esch avoided the temptation to return but remains another boxing tale of trying to roll back the years for far too long.

Butterbean will never lose his legacy as one of the best four-round fighters ever. This fact should be sufficient for him to discuss his career with the grandkids.