After missing out on his political dream, Manny Pacquiao could launch a sensational comeback to boxing in 2022.

As World Boxing News predicted weeks ago, Pacquiao lost the Philippines Presidential election on May 9th in favor of Bongbong Marcos.

Pacquiao, who launched his bid after retirement in 2021, now has a big decision regarding a return to action.

Reports are already surfacing that Pacquiao will need money from fighting after spending a lot on his campaign.

The eight-weight world champion embarked on an ambitious plan when he ended his boxing career after losing to Yordenis Ugas.

But Pacquiao dropped in the opinion polls as Marcos took the victory. Pacquiao was a 12/1 shot to win, with Marcos at 1/8 to succeed Rodrigo Duterte.

As a result, predictions of a Manny Pacquiao event in Las Vegas this August are already in the pipeline.

Errol Spence Jr. defeated Yordenis Ugas on April 19th in Texas for three versions of the world welterweight title. Pacquiao has ties to the champion.

He was due to battle Spence before an eye injury ruled the WBC and IBF ruler out close to the August 2021 headliner. Ugas, competing on the undercard, stepped in to shock Pacquiao.

That’s when the “Pacman” decided to hang up his gloves. But failure to secure the top job in Filipino politics means Pacquiao has more time on his hands to compete.

Terence Crawford, the WBO titleholder, would like to share the ring with Pacquiao. However, the WBO may require Pacquiao to win a fight before challenging ‘Bud’ for his belt. 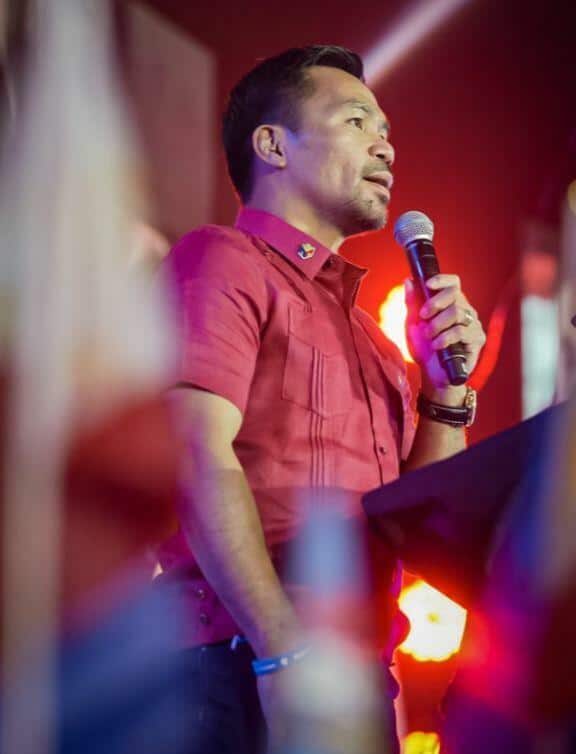 Therefore, Pacquiao has the option to fight in August before a potential world title bout against either Spence or Crawford.

Both will be tempting propositions for Pacquiao, renowned for his will to continue fighting. If it weren’t for the Presidency bid, Pacquiao would still be fighting today.

Many fans worldwide would love to see him grace the ring again, as there was no mention of retirement before the Ugas fight.

At least one more farewell fight, if not a shot at a 147 belt, would undoubtedly be the order of the day.

The great Manny Pacquiao could have the send-off he deserves as one of the best competitors to lace up a pair of gloves.

Even if he doesn’t fight professionally again, an exhibition is possible.