Terence Crawford fired a warning to Errol Spence Jr. after the welterweight star posted a shopping list, including his WBO title.

Spence picked up his third strap by beating his third champion this month. “The Big Fish” now wants Crawford to step up to the plate.

However, Crawford is more than willing and added in a threat to Jermell Charlo for good measure.

As World Boxing News reported more than once this year, Crawford has the chance to become a three-weight undisputed champion if he signs with Al Haymon.

A Spence fight would come first. If successful, Crawford would get a shot at the winner of Charlo vs. Brian Castano II for all the belts at 154.

Firing back to Spence, Crawford said: “I love this energy. Keep it up, and I’m going to smash you and then come for your cheerleader [Jermell Charlo].

“That if he wins [against Castano] next.”

Spence had said: “Line them up, and I’ll knock them down.”

Spence addressed the Crawford fight before his awe-inspiring victory over Yordenis Ugas in Texas when speaking to Brian Custer.

“After I get past Ugás, it could be an easy fight to make. It just depends on stipulations between him and me.

“So, I think it could happen, and I’m looking forward to that fight. I think it’s a legacy fight for him and myself.” 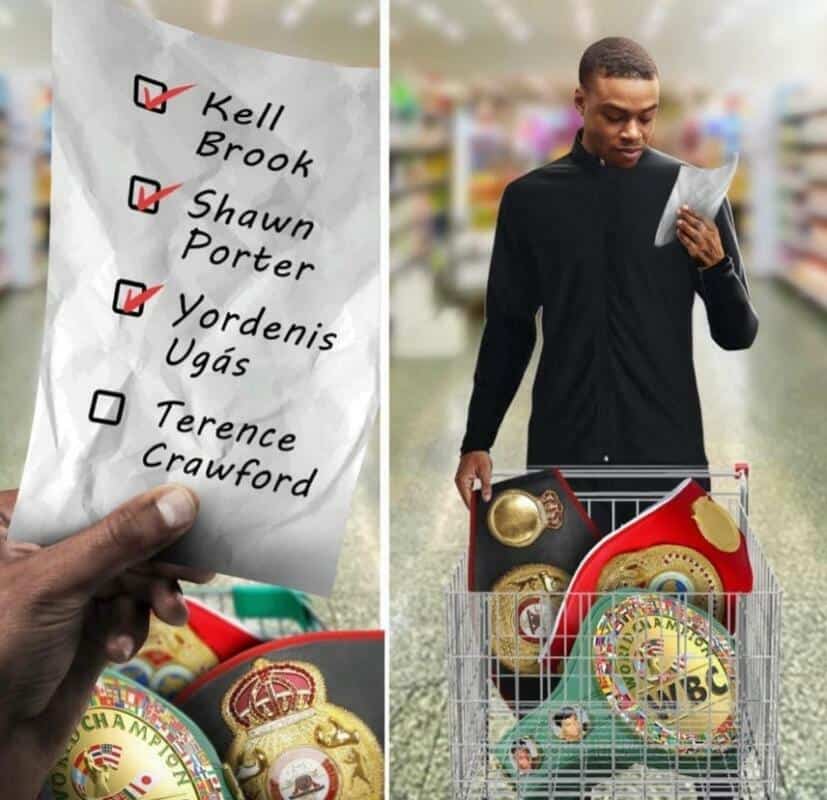 Crawford has to agree on terms with Haymon and Spence, giving the negotiations an extra edge.

Spence has two other options in Jaron Ennis and Vergil Ortiz if’ Bud’ refuses to sign a deal. Custer put that question to him as well.

“I’m not one of those older guys that gets mad or stuff like that when a younger guy calls them out,” he pointed out.

“That’s what they’re supposed to do. If a Jaron Ennis or a Vergil Ortiz, I saw he just recently called me out – if any of these young dudes didn’t call me out, I’d think there’s something wrong with them.

“When I was young and coming up, man, I was calling out everybody.”