Gervonta Davis has a three-fight deal on offer from Golden Boy Promotions that would include a massive Ryan Garcia Pay Per View.

According to promoter Oscar De La Hoya, he wants to swoop in as Davis’ deal with Floyd Mayweather expires.

Troubled waters have rocked Davis and Mayweather in recent weeks as a mandatory fight with Rolando Romero nears. However, Davis is yet to agree on an extension with Mayweather Promotions.

De La Hoya was quick to put his offer into the public domain. 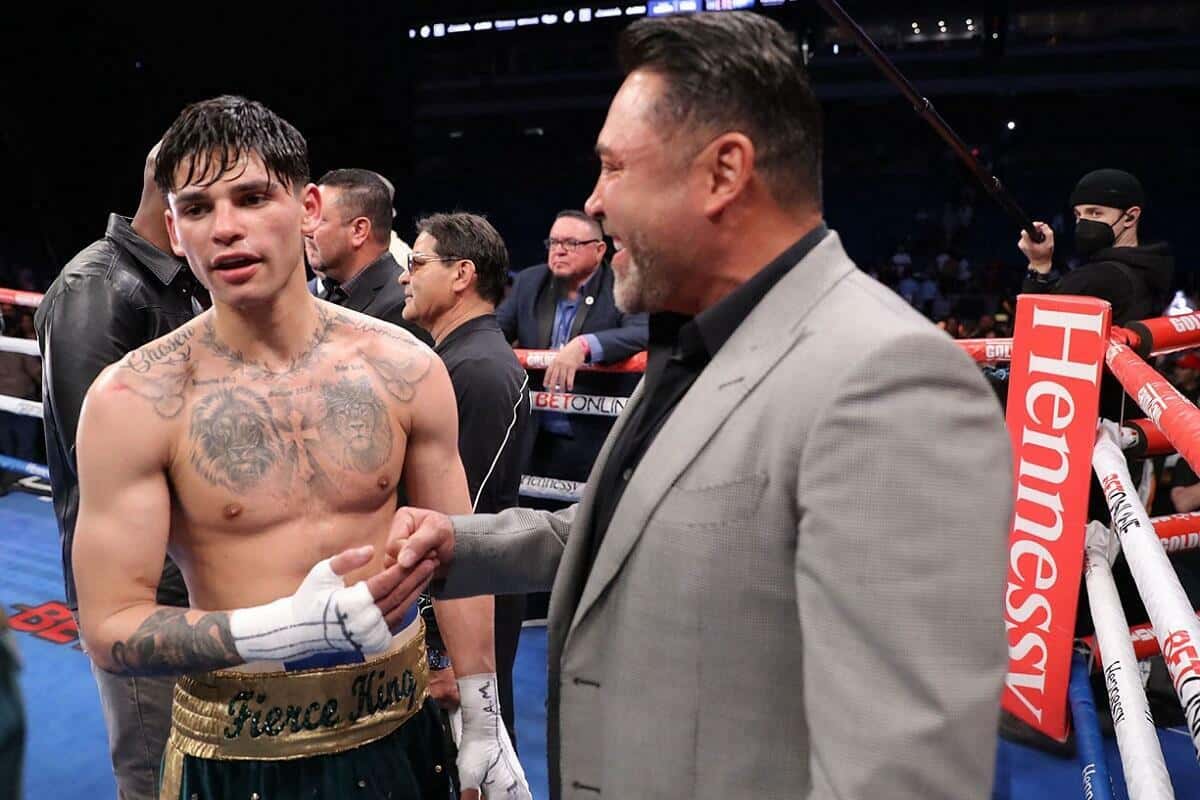 “[Gervonta Davis had a ]Great career with Mayweather. He promoted you amazingly, but if you’re free, I’m here.

“Let’s make the fight happen with Ryan Garcia. We’ll make him a lot of money.

“I’ve been in this business for 22 years, so I’ve promoted the biggest fighters, including Mayweather. So I’ll get him a [expletive] load of money.”

“Hopefully, he’ll knock out Tagoe, and then we can go straight to Tank Davis.”

Garcia won a unanimous decision leaving the door ajar should Davis take the offer and walk through it.

Mayweather certainly won’t appreciate De La Hoya’s meddling in the situation, but there doesn’t seem like any intentions on his part to smooth things over with Tank.

More than one opportunity to diffuse their gripes came and went over the past week. Mayweather has either admitted defeat around keeping Davis or has something up his sleeve after the Romero fight.

Davis has more than just the Golden Boy opportunity too. He could easily branch out and go fight-by-fight as Pound-for-Pound king Canelo Alvarez does.

Showtime would most definitely be interested in keeping Davis on the books, with or without Mayweather. Therefore, Gervonta Davis has a huge decision to undertake in the coming weeks.