If Terence Crawford and Errol Spence Jr. finally face off this year, several contenders stand in line for their title chance.

WBN reported that Crawford and Spence Jr. are on a collision course, provided the former signs with Al Haymon.

It also got divulged that the titles would split immediately after the fight to allow the winner to move up a division.

Whoever comes out on top from Spence vs. Crawford could be thrust in with the winner of Jermell Charlo vs. Brian Castano II next year, leaving the 147 titles up for grabs.

But where would they get distributed after they fragment? – It’s a complicated system that needs careful consideration.

Going through the four sanctioning bodies, a look at the top five rankings in each will strongly indicate where they might head.

As WBN also reported this week, Vergil Ortiz vs. Jaron Ennis will likely get ordered for the vacant WBO title.

However, Ortiz and Ennis fighting for the WBO version complicate things with the IBF.

Michael McKinson, who was due to fight Ortiz this year before the latter got ill, could get ratified if Ennis chooses the IBF route.

There’s no number one and two with the IBF currently. Ennis has an eliminator with the number four-rated Custio Clayton set.

The winner of that fight will be the clear choice to fight for the vacant title. Ivan Golub would be the next option. 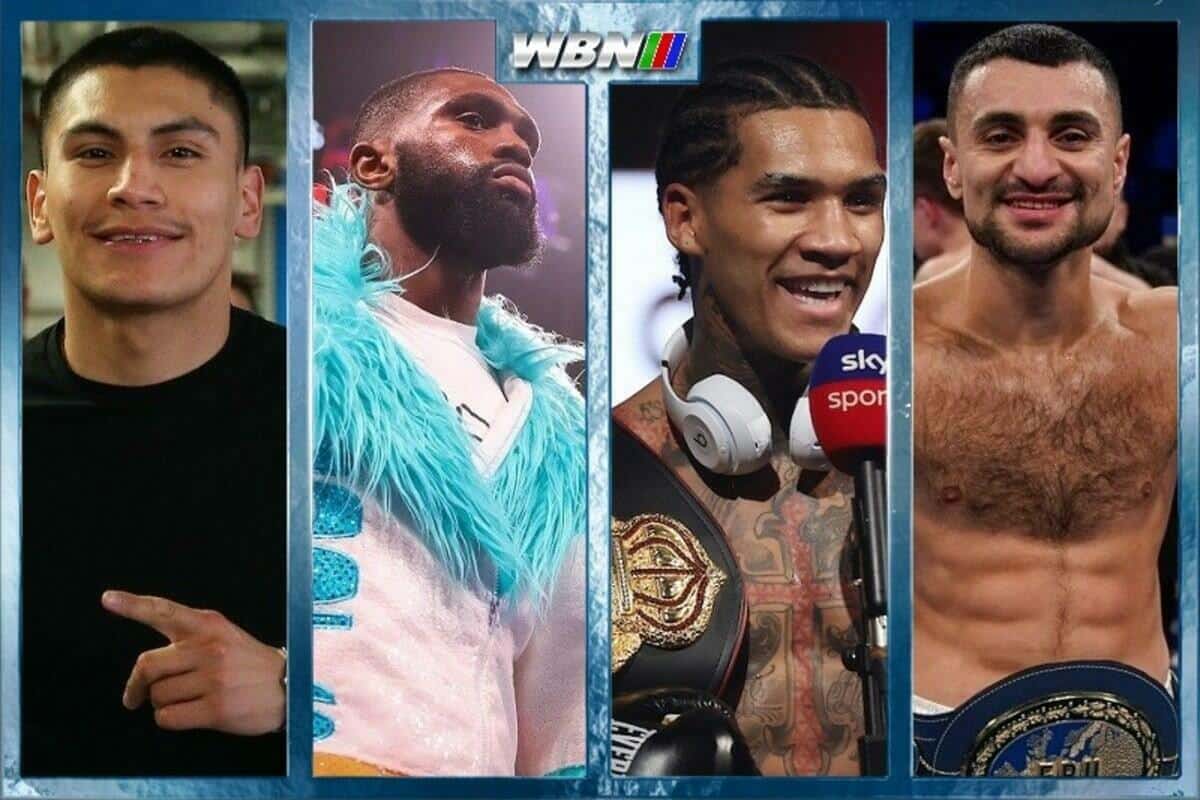 The WBA set out a plan to crown one sole champion. Spence vs. Ugas again throws a spanner in the works. The winner is due to fight top-rated Eimantas Stanionis or Radzhab Butaev, who fight on the undercard for the secondary strap.

World Boxing Association President Gilberto Mendoza stated the winners of the two fights must face each other. However, if Terence Crawford signs with PBC, that may have to take a backseat for at least one more event.

The winner of Stanionis vs. Butaev could then fight Keith Thurman for the vacant strap, with two and three-ranked Ortiz and Ennis focusing on other titles.

Ortiz, Ennis, and Thurman are all involved with the WBC too. That’s another complication that will need a solution. Number two-rated David Avanesyan would be a solid favorite to be one of those contesting a vacant green and gold belt.

Who is in the opposite corner depends significantly on the goings-on with the other organizations.

Conor Benn could potentially push for the WBA shot. This scenario means Avanesyan vs. Thurman would open up for the WBC.