Terence Crawford has the power to unlock world titles galore as his next career move draws closer to reality.

Crawford has two massive undisputed clashes lined up if he signs a deal with Al Haymon’s Premier Boxing Champions in the coming days.

As World Boxing News reported this week, Crawford has been open to fights at both welterweight and super-welterweight since leaving Top Rank.

Should the pound-for-pound star place ink on the dotted line with PBC, the winner of Errol Spence Jr. vs. Yordenis Ugas would push much closer to reality.

This scenario would mean Crawford could be just three fights from becoming a three-weight undisputed champion.

Here’s how the blueprint breaks down.

If Crawford is successful in an interim fight, possibly against Danny Garcia or Keith Thurman, Spence or Ugas would be next in late 2022.

A win sees Crawford create history to become a two-weight four-belt titleholder. Bud could either have a defense, possibly a rematch if the fight is close, or immediately move up in weight.

Whoever comes out on top of Jermell Charlo vs. Brian Castano II would await Crawford in 2023. Due to mandatories, time will be of the essence, meaning a welterweight vs. super-welterweight undisputed clash may negate the necessity for a 147 rematch. 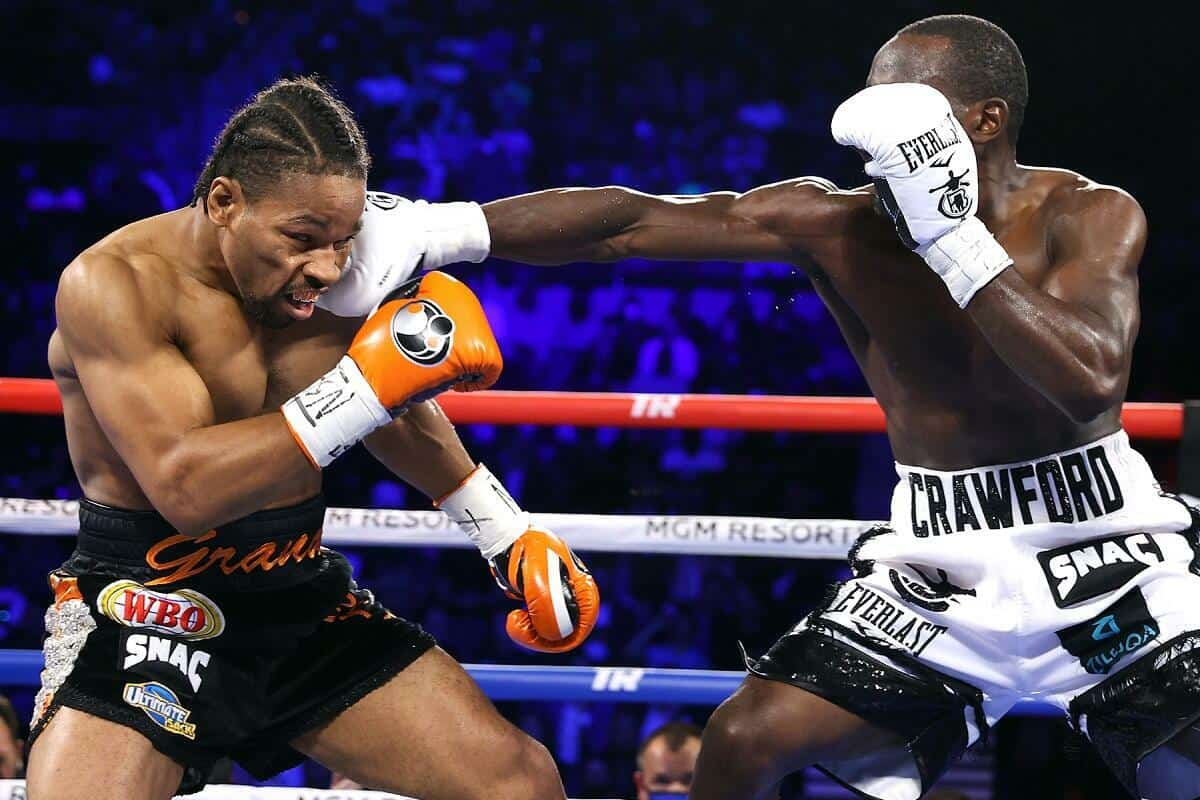 Therefore, Crawford is potentially three bouts from a fantastic feat of winning all the marbles in a trio of weight divisions. If completed, it would be hard to argue that Crawford isn’t the best boxer since Floyd Mayweather.

Canelo Alvarez will undoubtedly have something to say about that, as the current king aims to claim every strap at 175 over his next few fights.

It’s an unprecedented time in the sport for belt-holders. Also, the top five competitors agreed to face each other, with other ranked boxers benefitting from other titles becoming vacant.

Fingers crossed that Spence vs. Crawford does happen, then whoever wins will likely move up to 154.

WBN revealed Crawford would move up in weight if he could not secure Spence or Ugas. Developments would have to be swift to nail down the Omaha man, who hasn’t fought since November.

Beating Shawn Porter in Las Vegas, Crawford decided to move on from Top Rank to become the most lucrative free agent in the sport.

His next move could become clear this month as one no-brainer destination looms on the horizon.

It’s over to you, Al Haymon.